SAN DIEGO — Along with all of the rain San Diego County is expected to receive comes the runoff, which can be hazardous to a person’s health as well as to the ocean.

“It’s better to use caution, stay out of the water,” Lt. Rick Stell with the City of San Diego Lifeguards told FOX 5 Thursday as a winter storm soaked the region.

Swimmers and surfers were asked to take some days off. An advisory was in place along the coast, telling beachgoers stay out of the ocean during the rain and for at least 72 hours after because of the runoff.

“A lot of it is just the normal stuff from the streets, it’s from our cars, it’s just from debris; gardening might have some material in it,” Stell added.

Coastkeeper is a nonprofit environmental group that strives for equity in access to clean water, year-round for everyone. The group cleans up beaches once a month, advocates and educates on the impacts of storm water pollution. The group tests rainwater in streams, rivers and the ocean to see what pollutants are in the water.

“We do have areas that we are hoping to monitor to see if we can bring a clean water act case and have some compliance there so that we don’t have to be the ones to take the brunt of that, because usually it’s lower income communities and communities of color that end up having more of the flood events, the property damage,” Sanchez said.

Calls For Help After Deadly Earthquake 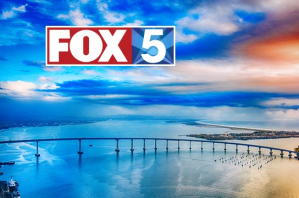