UPDATE: The San Diego Gulls fell in double overtime 2-1 to the Chicago Wolves in Game 4 of the Calder Cup Western Conference Finals.

SAN DIEGO — The San Diego Gulls and Chicago Wolves will face off in Game 4 of the Calder Cup Western Conference Finals live on FOX 5.

The game is scheduled for 7 p.m. at Pechanga Arena on Friday, May 24. The winner of the seven-game series will move on to play for the Calder Cup against either the Charlotte Checkers or Toronto Marlies.

“As junior hockey leagues continue to grow exponentially in Southern California, FOX 5 is proud to deliver local hockey to our viewers along with over 800 hours of live sports on FOX 5,” said Scott Heath, FOX 5 President and General Manager.

FOX 5 Sports Director Troy Hirsch returns to serve as host on each broadcast during the game and with the FOX 5 Sports Final prior to and immediately following each telecast.

Andy Zilch began his first season as the Gulls’ play-by-play announcer, making his television debut during the home opener. B.J. MacPherson returns as color analyst for the fourth-straight season. 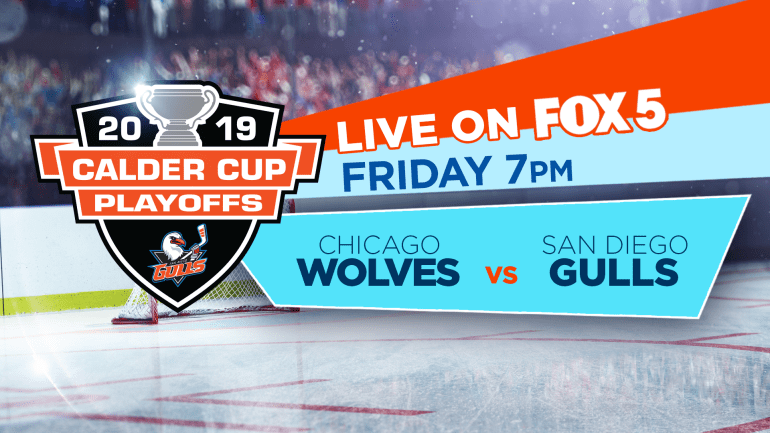 Daytona 500 postponed until Monday due to bad weather

DAYTONA BEACH, Fla. (CNN) -- The Daytona 500 was postponed until Monday because of rainy weather at the Florida track, NASCAR said Sunday.

"NEWS: Today's 62nd running of the #DAYTONA500 has been postponed due to inclement weather. The race will resume on Monday at 4 PM ET on FOX," NASCAR said on Twitter.

PEORIA, Ariz. (AP) — San Diego outfielder Wil Myers says he was thinking late last week that he would open spring training in Florida with another team.

But after a winter of rumors, Myers arrived in camp Saturday with no hard feelings, a $20 million salary and a new approach that he believes will help him return to previous production levels.