The order allows Hinckley, Jr. to live full-time in Williamsburg, Virginia, but still under certain restrictions. 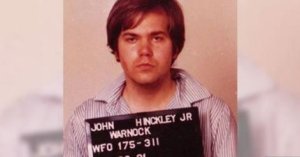 Hinckley and his lawyers appeared in federal court in April 2015 and argued that he had been successfully rehabilitated from his illness and that he deserved a release. But prosecutors worried that his family, struggling to pay the bills to treat his illness, could afford to take care of him.

Hinckley was 25 when he shot Reagan and three others outside the Washington Hilton 35 years ago. James Brady, the White House press secretary who was hit in the shooting, died in 2014 due to injuries from the assassination attempt, though authorities announced earlier this year that they would not pursue additional charges.

Hinckley has slowly gained some freedoms since he was incarcerated. In 2003, he was allowed day visits with his family, and since then has been granted longer visits.

“I hope the doctors are right when they say that John Hinckley isn’t a danger to anyone but something in me feels they are wrong,” she wrote on her website last year.

MYRTLE BEACH (WBTW) – The IRS unveiled a new online tool to help low-income families register for Child Tax Credit checks, which are due to hit bank accounts in less than a month.

The tool allows eligible people who aren't required to file taxes due to low income to provide the IRS the basic personal information – including name and Social Security number – needed to calculate and issue their Advance Child Tax Credit payments.

Del Mar is set to host the World Championships, one of horse racing's largest events, for just the second time, on Friday, Nov. 5 and Saturday, Nov. 6. Tickets for the event will go on sale to the public at 9 a.m. on Friday, July 16.

The flight will initially operate twice weekly on Thursdays and Sundays and increase to three times weekly, with Tuesdays added between Dec. 21 and April 26. The service will be the first-ever nonstop flights between Edmonton and San Diego.

Local bar opens its doors for 1st time in 15 months

Local bar opens its doors for 1st time in 15 months