SAN DIEGO — Police were searching Saturday evening for a woman who was reported missing and at risk near the Cherokee Point neighborhood.

Nash has been diagnosed with both dementia and high blood pressure, and police said she did not have her medications on hand at the time of her disappearance.

Nash was described as a woman who weighs about 115 pounds and stands at 5’2″ with gray hair and brown eyes. She was last seen wearing a red long-sleeved sweater with gray pants, a gray knit cap and a black purse. 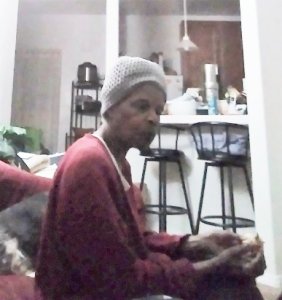 EL CAJON (CNS) - A ticket with five numbers, but missing the Mega number, in Wednesday evening's SuperLotto Plus drawing was sold at a convenience store in El Cajon and is worth $12,297, the California Lottery announced.

Two other tickets with five numbers, but missing the Mega number were sold, one at a doughnut shop in South El Monte in Los Angeles County and the other at a discount-party supplies store in Vallejo in the San Francisco Bay Area. They are also worth $12,297.

SAN DIEGO (CNS) - A 59-year-old inmate at the San Diego Central Jail who was found unresponsive in his cell died of natural causes, authorities said Wednesday.

SAN DIEGO -- A North Park restaurant recently received a whopping $30,000 donation to not only help themselves, but also to feed the hungry in San Diego.

The money came from businessman and TV personality Marcus Lemonis with the help of a basketball legend and San Diego native Bill Walton. Since last month, Jason Hotchkiss, chef and owner of Encontro, has been donating up to 200 meals a day to needy residents, thanks to the surprise donation.

The ‘Wolf Moon’ will rise in the sky this week. Here’s how you can best view it

City crews clean up as 3rd storm in a week approaches

Man pleads not guilty to murder in shooting outside convenience store

Assemblywoman Weber confirmed by rules committee as Secretary of State