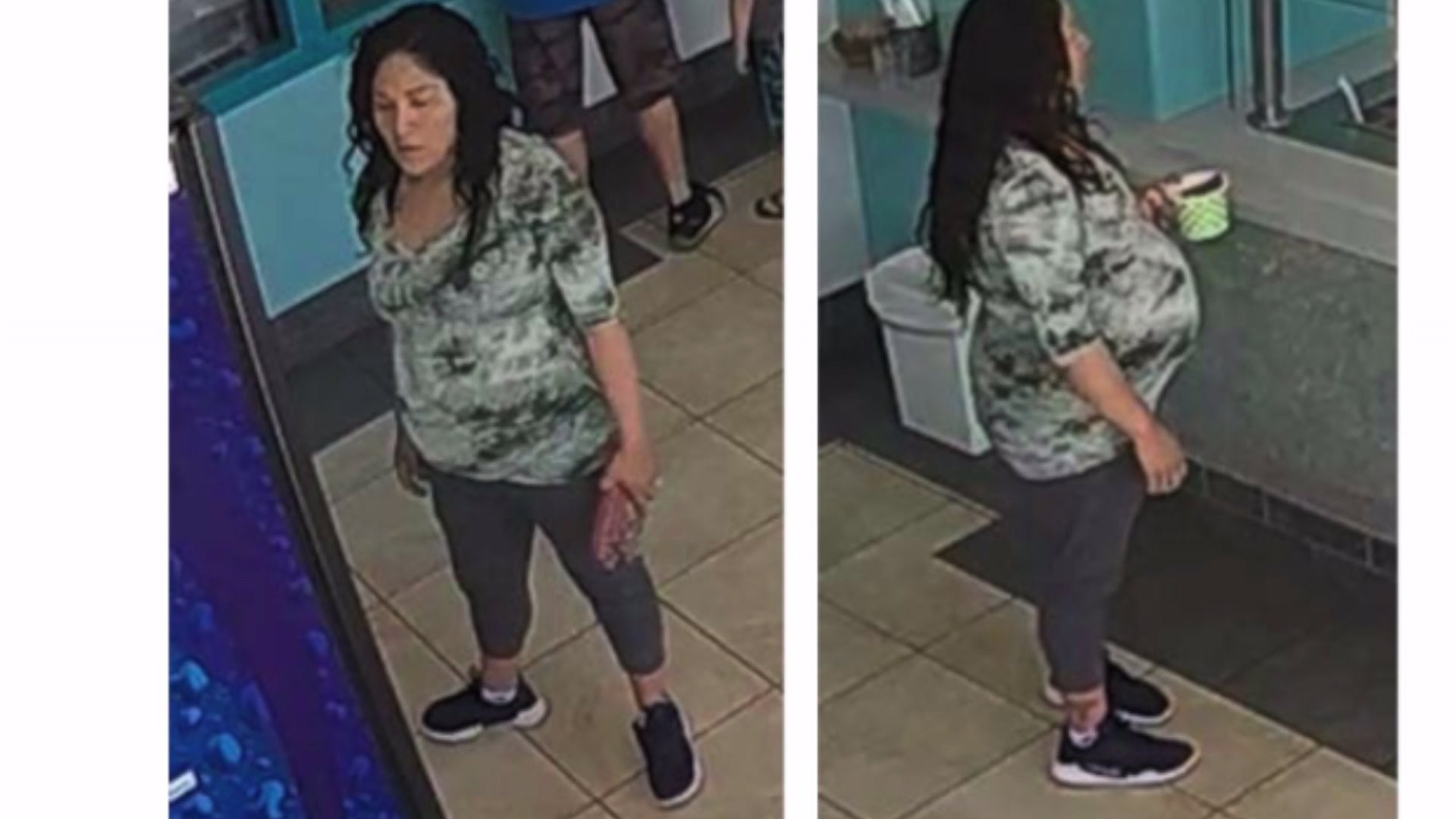 SAN DIEGO — Authorities are asking for the public’s help to identify a woman suspected of using counterfeit bills at North County businesses.

Investigators believe the woman also used a counterfeit $100 bill at a business in Carlsbad.

The suspect is described as between 25 and 35 years old, Hispanic, between 5-foot-4 and 5-foot-6. She has long, dark wavy hair, a tattoo on the right side of her chest and appears to be pregnant.