PERU – Peru’s world-renowned Nazca Lines were damaged when a big rig plowed into the ancient site on Saturday, the country’s ministry of culture said. 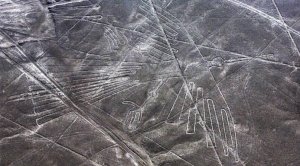 Flores Vigo was released Monday after a magistrate said there was not enough evidence to prove that he had acted with intent, according to Peru’s Attorney General Office.

Authorities found deep tire marks across an area of 50 meters by 100 meters in the site’s grounds and damage to three geoglyphs.

The UNESCO has called the Lines and Geoglyphs of Nasca and Pampas de Jumana World Heritage Site, one of “archeology’s greatest enigmas.”

They are nearly 250 miles south of Lima and cover about 450 square kilometers.

The site is around 2,000 years old. It’s geoglyphs and lines date back to 500 B.C. through A.D. 500. and represent animals, plant life and other extraordinary figures. Some are long — several kilometers — and form shapes. The designs are believed to have had ritual astronomical functions.

Authorities said they are planning to increase surveillance in the archeological site to avoid similar incidents despite the logistical challenges, state-run Andina news agency reported.

“While the Culture Ministry monitors areas with the largest concentration of geoglyphs every day, it [the site] may not be fully protected. Entry and transit are possible through valleys and streams where the archaeological area spreads out,” Johnny Isla, a spokesman of the Ica branch of Peru’s Ministry of Culture told Andina.

It’s not the first time that the UNESCO World Heritage site is damaged. In 2014, Greenpeace activists left footprints in the area when they placed yellow letters next to a famous hummingbird design.