COLUMBIA, Tenn. - The man believed to have kidnapped 15-year-old Elizabeth Thomas could walk away with only a misdemeanor, according to the Tennessee District Attorney.

Investigators have repeatedly said it doesn't matter if the teen willingly left with 50-year-old Tad Cummins. 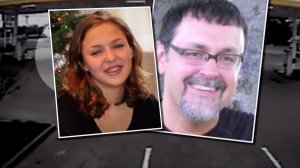 "If she comes back and she is absolutely adamant that this is all voluntary, her own doing, that he didn't touch her, it's going to be difficult to prove that," said Cooper.

Cooper said one of the challenges is Elizabeth's age. She's already fifteen, and it takes a while to move a criminal case to trial.

"She may not be an adult by that time, but she's going to look like it. And we're going to have to convince twelve people that it was coercion the way that he went about convincing her to leave," said Cooper.

While she isn't an adult, the state of Tennessee's current kidnapping law treats her that way.

"Our kidnapping statute says in essence through it's silence on that issue. It's saying that you can be between 13 and 18 and you can legally make the mature decision to leave your family and run off with a person never to be seen again," said Cooper.

That's why he is hoping to help change the law.

"The statue should say if an adult, especially one in an authority position over a child, removes a child with or without that child's consent,  if it's without the consent of the parents or guardians, that should be a crime," said Cooper.

The District Attorney said he is unsure what a final bill proposal would look like. However, he believes this case will be a reason for lawmakers to list. He said getting something into law will cost the state time and money.

Watch: Trout air-dropped into mountain lakes by airplane in Colorado

DENVER (KDVR) -- Fish falling from the sky? That's Colorado Parks and Wildlife (CPW) pilots stocking mountain lakes with thousands of trout by dropping them from an airplane.

About 380,000 trout have been stocked by airplane into 330 lakes in Boulder, Grand, Jackson and Larimer counties.

UNITED STATES (WJW) -- Foot Locker is turning all of its over 2,000 U.S. stores into temporary voter registration sites.

Beginning Tuesday, September 22 the company will have in-store registration kiosks featuring a special website where visitors will can check their voter status, register to vote or sign up for election reminders.

WASHINGTON (NEXSTAR) — Despite a push from President Donald Trump for lawmakers to explore a coronavirus aid package that would include a second round of stimulus checks, Republicans and Democrats don't seem any closer to making that a reality.

Trump put pressure on negotiators for both sides, urging Republicans to "go for the much higher numbers." Many hoped the urging would bring the two parties together and open the door on the possibility of a wide-ranging relief package being approved before November 3.