SAN DIEGO — Stargazers, astronomers and curious sky-watchers in San Diego will get a chance to witness the lunar "trifecta" Wednesday morning.

The pre-dawn hours of January 31 will play host to an incredibly rare celestial convergence -- a "super blue blood moon."

The supermoon will shine 16% brighter and appear 7% larger than its usual size.

This supermoon is the third in the series of three consecutive full moon supermoons. The first happened in early December and January.

Most astronomers suggest watching the supermoon before sunrise.

How to photograph the supermoon

For everyone waiting to catch a glimpse of the supermoon, taking pictures to preserve the moment can be easy.

Bill Ingalls, a NASA photographer, says that those capturing the event through their smartphones have to focus on the correct light balance.

“Tap the screen and hold your finger on the object (in this case, the moon) to lock the focus. Then slide your finger up or down to darken or lighten the exposure.”

For those using DSLR cameras, Ingalls recommends using another subject in the image, like a person, pet or landmark to compare to the size of the moon.

“Often I find when the moon is near the horizon I have a better chance of incorporating it with a landmark or person, but there are no rules and sometimes a tall object such as the Washington Monument here in D.C. can be used when the moon is at a very high angle.”

While the supermoon can come out looking larger in photos (thanks to long lenses and editing) than it does when looking at it in person, Nichols says it is an incredible opportunity to get people interested in science and astronomy.

“The supermoon gets headlines because the moon’s a little bigger and a little brighter, but people get frustrated that they can’t always tell the difference. Still, it’s a great excuse to just go out and look at the sky,” says Nichols.

“You can do the experiment with your outstretched thumb. Do it near the horizon, and do it again away from the horizon. Then do it somewhere else. It’s a fun way to get involved in science.” 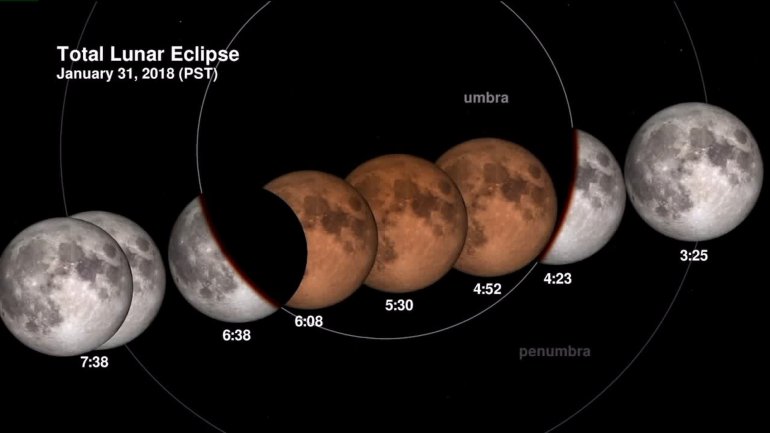 The science behind the supermoon

According to Michelle Nichols, director of public observing at Chicago’s Adler Planetarium, there is a reason behind the moon’s captivating close approach to the Earth.

“The moon’s orbit is not a perfect circle. It’s more like an oval, so at times it’s closer to the Earth than it is at other times. The difference in distance between these close and far points can be as much as about 30,000 miles.”

The distance between the moon and Earth constantly changes. Each time the moon orbits the Earth, every 29.5 days, it will reach a close point to the Earth (perigee), and a far point (apogee), and occasionally, the close point will be close to the date of the full moon or new moon, a supermoon.

And while it may appear super, the term “supermoon” is not the official term for the astronomical phenomenon. The scientific term is “perigee syzygy.” Perigee syzygy has occurred three previous times in 2017.

HONOLULU (KHON) - Twelve years ago, the Smith family of Honolulu had a one-eyed, black and white pit bull named Zoe that meant everything to their family.

"She used to sleep by me at night," said Ashley Smith, who was just a teenager when Zoe was a puppy.

DENVER (KDVR) -- President-elect Joe Biden will take office on Jan. 20, ending one of the most controversial presidencies in history.

Last Thursday morning, President Donald Trump released a statement following the confirmation of votes by Congress after a day when mobs of people flooded the U.S. Capitol.

NORWALK, Iowa -- After receiving the gift of life just before Christmas, an Iowa teen is at home and recovering.