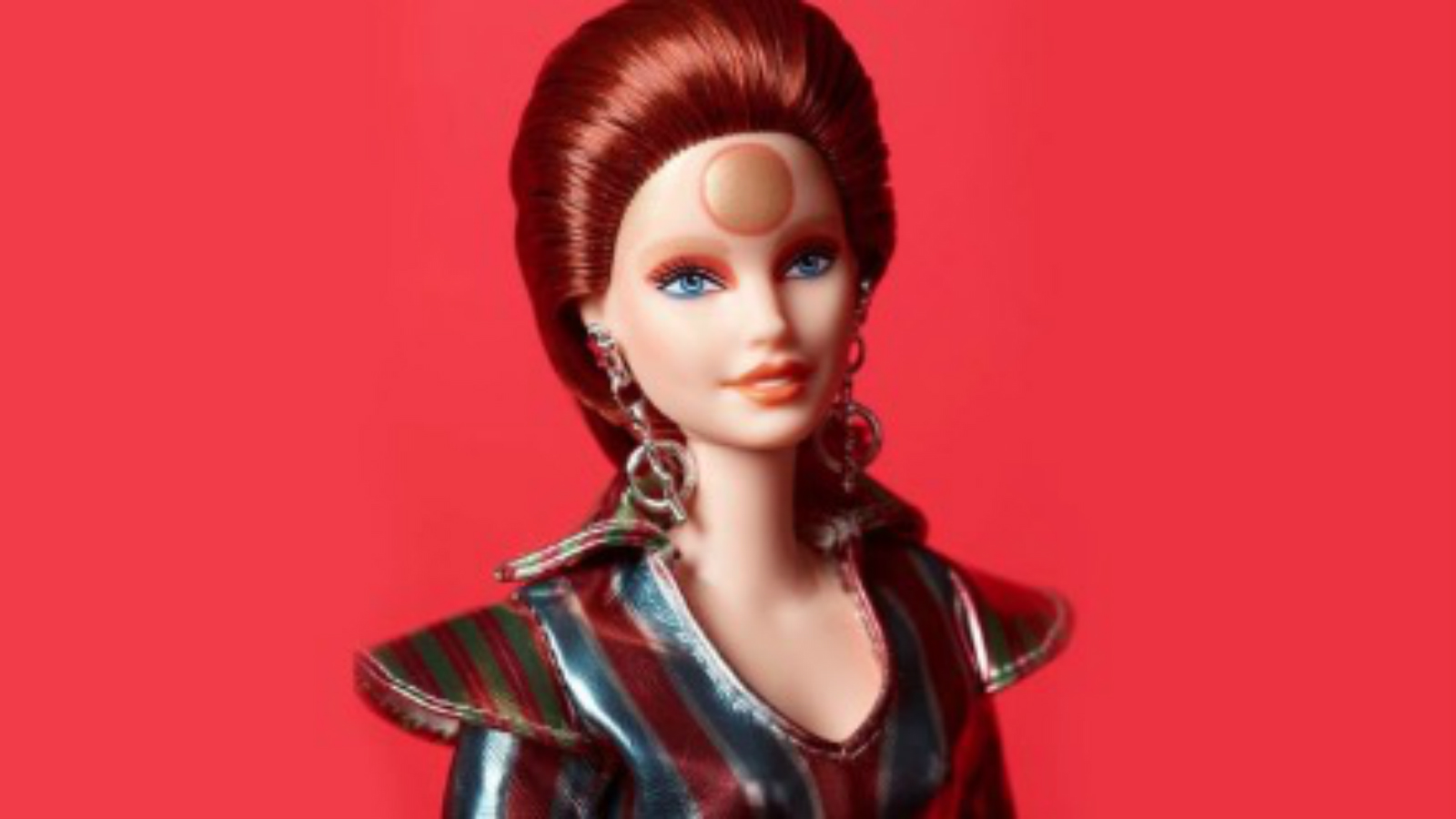 EL SEGUNDO, Calif. — Barbie has traded her signature golden locks for a mop of slick, red hair after undergoing an otherworldly makeover.

The brains behind Barbie, toymaker Mattel, said the doll is designed to honor the “pioneer of sound and vision, English singer, songwriter and actor, whose dramatic musical transformations continue to influence and inspire.”

Barbie’s been through a lot of ch-ch-ch-ch-changes over the years, but the fashion icon’s latest incarnation may be one of her coolest ones yet.

No details have been spared in recreating Bowie’s alter ego look, down to the doll’s black nail polish and dangling, silver star earrings.

The rock-glam Barbie joins a growing procession of special edition dolls, as the company seeks to remain relevant six decades after the release of the original model.

Lady Stardust’s androgynous appearance marks another iteration of the doll, replicating in a small way the reinvention that Bowie employed during his monumental career.

OLATHE, Kan. (WDAF) - An Airbnb host said his home was trashed after a couple rented a room from him for two days.

Chris Sayegh said he began using the popular site to make extra money, partnering with Airbnb to list a private room in his home on the site, according to WDAF.

SUFFOLK, Va. (WAVY) – An Amazon driver in Virginia is being called a hero after coming to a man’s rescue over the weekend.

Ryan Elliott was making deliveries in Suffolk on Sunday when he came across a man having a medical emergency. He said he saw the man on the ground shortly after he arrived at the home.

KANSAS CITY, Mo. (WDAF) -- Welcoming a new baby into the world is a life-changing experience.

For Nicole Bland and Joshua Webb, it was more like a miracle because their son, Josiah, was born with a rare genetic condition.