ROCKFORD, Ill. –  Almost eight years ago, Timmothy Pitzen and his mother went on a road trip that included stops at a zoo and a water park. Their adventure started after Amy Fry-Pitzen checked her 6-year-old son out of an Illinois elementary school on May 11, 2011.

Three days later, the mother’s body was found in a hotel room in Rockford, Illinois. She had died by suicide, leaving behind a note that said her son was with people who love him.

Anxious boy identified himself as Timmothy

Police and the FBI are investigating whether a teen found wandering in Kentucky on Wednesday is Timmothy.

Sharon Hall told CNN she noticed a “fidgety” boy in her Newport neighborhood, not far from the Ohio-Kentucky border. A neighbor’s daughter called police after the boy told them he had run for two hours and that his stomach hurt.

When authorities arrived, he told them his name was Timmothy Pitzen, 14, and he had fled two men who kept him captive for seven years, most recently at a nearby Red Roof Inn, according to a police report. 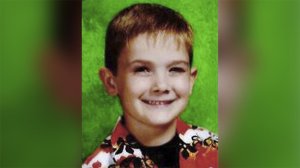 He was unsure of the hotel’s location, authorities said. He apparently escaped and kept running across a bridge into Kentucky, according to the report obtained by CNN affiliate WCPO.

The FBI is trying to confirm whether the boy is Timmothy. Police in Timmothy’s hometown of Aurora, Illinois are waiting for DNA test results.

He said he just wanted to get home

People who talked to the boy before police arrived said he was anxious and pleaded for help.

“He walked up to my car and he went, ‘Can you help me?’ ” a 911 caller told dispatchers, according to the affiliate. ” ‘I just want to get home. Please help me.’ I asked him what’s going on, and he tells me he’s been kidnapped and he’s been traded through all these people and he just wanted to go home.”

It was unclear what city he had been in before arriving in Newport. Police checked Red Roof Inns in the Cincinnati and Northern Kentucky areas but did not find any clues, according to the report.

Timmothy was last seen at a water park in Wisconsin

The teen described his kidnappers as two men of “bodybuilder type build.” One had a spiderweb tattoo on his neck, and the other had a snake tattoo on his arms, the report said.

The men drove a Ford SUV with Wisconsin plates, police said. The National Center for Missing and Exploited Children has said Timmothy was last seen at a water park in Wisconsin.

The family searched desperately for years

For years, Timmothy’s family has searched for him in several states.

“I have one image. It’s the day I dropped him off at school and he’s off — running off to class — and that’s pretty much the last image I have in my mind of him,” Timmothy’s father, Jim Pitzen, told CNN in 2015.

The day before his mother killed herself, she made several calls from an unknown location to family members, including her mother. She assured them that Timmothy was safe.

Over the years, family members have said the mother had a history of depression, and her marriage was failing. Her biggest fear was that a judge would take her son away because of her mental health issues, according to relatives.

Security video from their stops showed a relaxed and beaming mother and son on what appeared to be a fun adventure.