LOS ANGELES — More than a dozen young Instagram users who use the social media platform to make money say that their accounts have been shut down recently.

A Facebook spokesperson said the accounts were disabled following multiple violations of platform policies, including attempted abuse of internal processes.

Declan Mortimer, 17, who claims his Instagram account generated up to $200,000 a year through advertising to his more than 11 million followers, said his account was terminated last Christmas. He believes his account was closed as part of a massive meme page purge. A similar purge took place Friday morning, when Instagram terminated more than 30 accounts with similar meme-like content citing policy violations. (A meme is an amusing or interesting item, such as a captioned picture or video that is spread virally online, especially through social media). 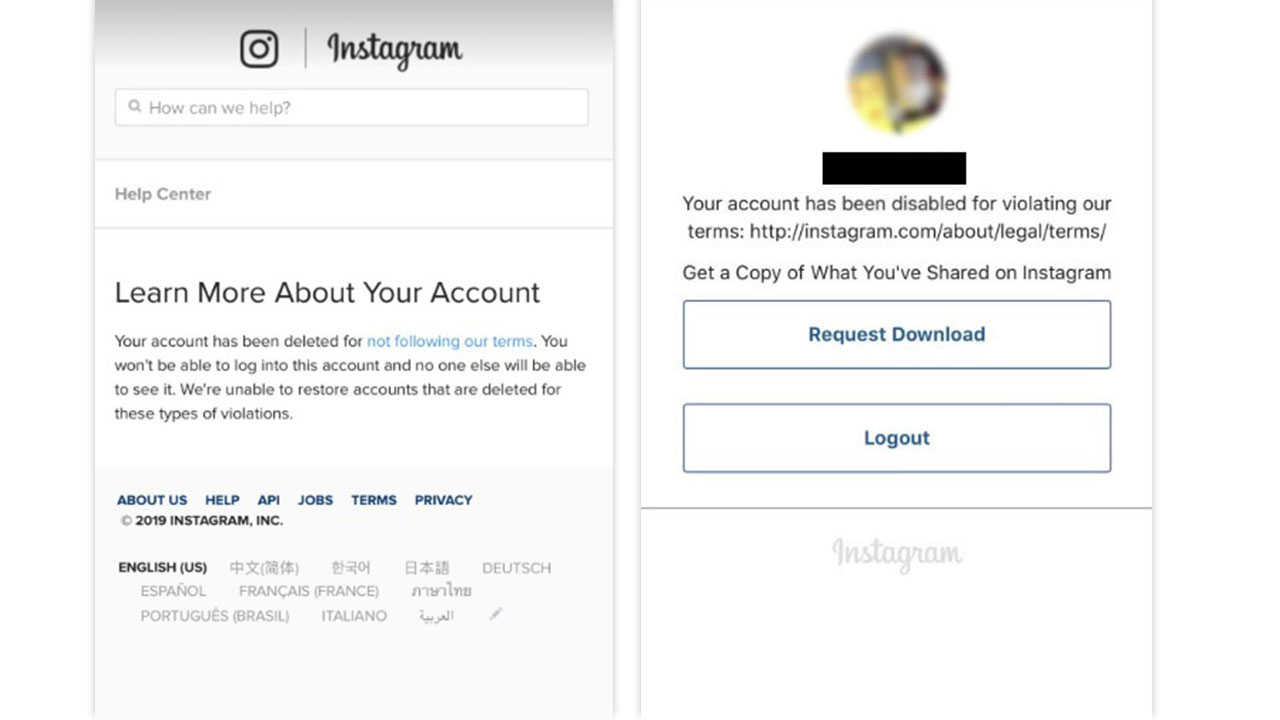 Several meme page owners, who asked to remain anonymous, told FOX 5 that the termination of their Instagram is “heartbreaking” and a financial blow. They said they made money by charging companies who wanted to reach their base of followers thousands of dollars for a single post. One 18-year-old named Caige, whose account “@autist” was deactivated Thursday, said he had already made more than $30,000 this year. He said he was using the money he made with Instagram for college.

Mortimer told FOX 5 he believes meme pages are being deleted because they were reaching out to users who also violate Instagram policy by selling verification services, retrieving disabled user names and reinstating banned accounts through a private program that is only supposed to be available for members of the media.

A Facebook spokesperson confirmed that Instagram shuts down accounts that violate the company’s terms of use. Violations that could result in termination include trying to buy, sell or transfer any aspect of an account (including the username) or use login credentials of other users. Sharing sensitive personal information (names, bank account details, addresses, etc.) and transferring funds or sending money through Instagram or Facebook accounts are also violations, the spokesperson said.

why is instagram purging all the meme accounts. we deserve to exist too.

New CA abortion laws set up clash with other states

Man charged in hate attacks on women in SoCal