LAKE ELSINORE, Calif. – Both directions of Interstate 15 were initially closed north of Lake Elsinore Tuesday afternoon after a tanker truck caught on fire, sending flames and smoke into the air.

The fire was reported at 1:07 p.m., according to the Riverside County Fire Department. The truck was carrying an estimated 8,700 gallons of gasoline, the department said.

A SigAlert was issued at 1:09 p.m., with both sides of the freeway closed, the California Highway Patrol said on its traffic incident website.

Northbound lanes were reopening about 2:45 p.m.

The truck was burning between Lake Street and Nichols Road, CHP said. The driver escaped the vehicle. 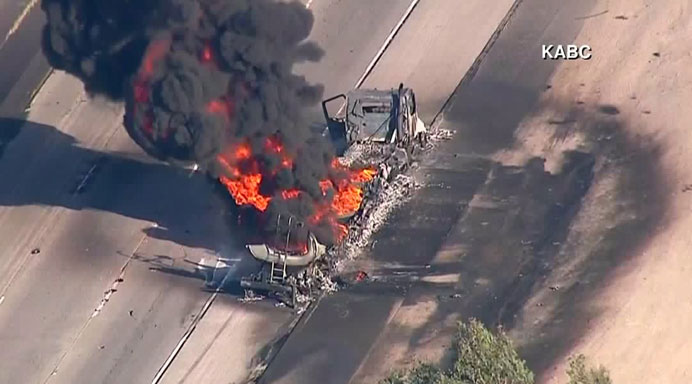 DENVER (KDVR) — Colorado search and rescue teams are responding to a viral social media post that they say perpetuates misleading information that could complicate their missions.

The post, which has been shared thousands of times across Facebook, Instagram and TikTok, among other platforms, encourages people who are stranded or lost while hiking to change their voicemail message to include their location, the time, the date and their situation.

Spin, a micromobility provider, and TransLoc, a transportation software solutions company, are teaming up for the project.

SACRAMENTO, Calif. (KTXL) — One lucky kitten owes its nine lives to a man in Sacramento after he saved it from floodwaters on Sunday.

Skip Cambell jumped to action outside his home in Cottage Park when his wife heard a commotion outside.

What exactly is a ‘wealth tax’ and how would it work?

Are you owed money? County seeks to refund $713,585 in unclaimed cash