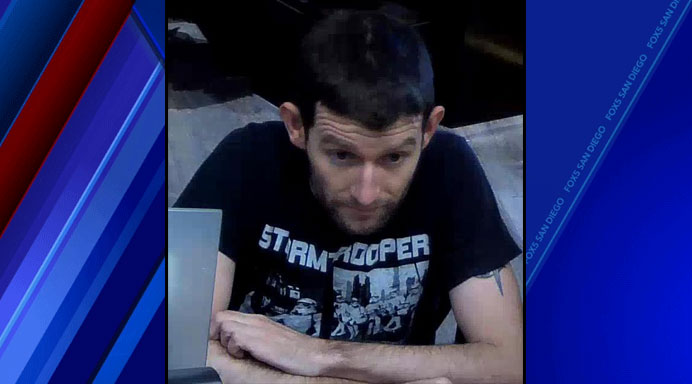 The most recent heist occurred Saturday afternoon at a Wells Fargo desk at a Vons store in the 4700 block of Clairemont Drive, according to the FBI. 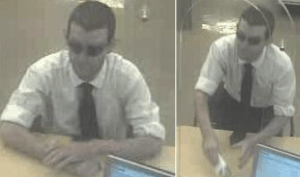 The others took place July 2 and Sept. 25 at U.S. Bank branches in Albertsons supermarkets in La Mesa and Fallbrook, respectively; and Nov. 2 at a Wells Fargo banking desk at a Vons store in the 10600 block of Scripps Poway Parkway in Sabre Springs.

In each case, the perpetrator obtained cash by handing a teller a demand note.

Investigators believe the same man has carried out all of the robberies. They have dubbed him “the Hipster Bandit” due to his youthful bearing and clothing. During the latest robbery he wore a black “Star Wars”-themed T- shirt bearing stills from the movie under the word “Stormtrooper.”

Witnesses have described him as a thin, roughly 5-foot-4-inch white man in his late 20s or early 30s with brown hair and a tattoo on his left bicep.

Anyone with information about the robberies was asked to call San Diego County Crime Stoppers at (888) 580-8477. Tipsters may remain anonymous and could be eligible for a reward of up to $1,000.