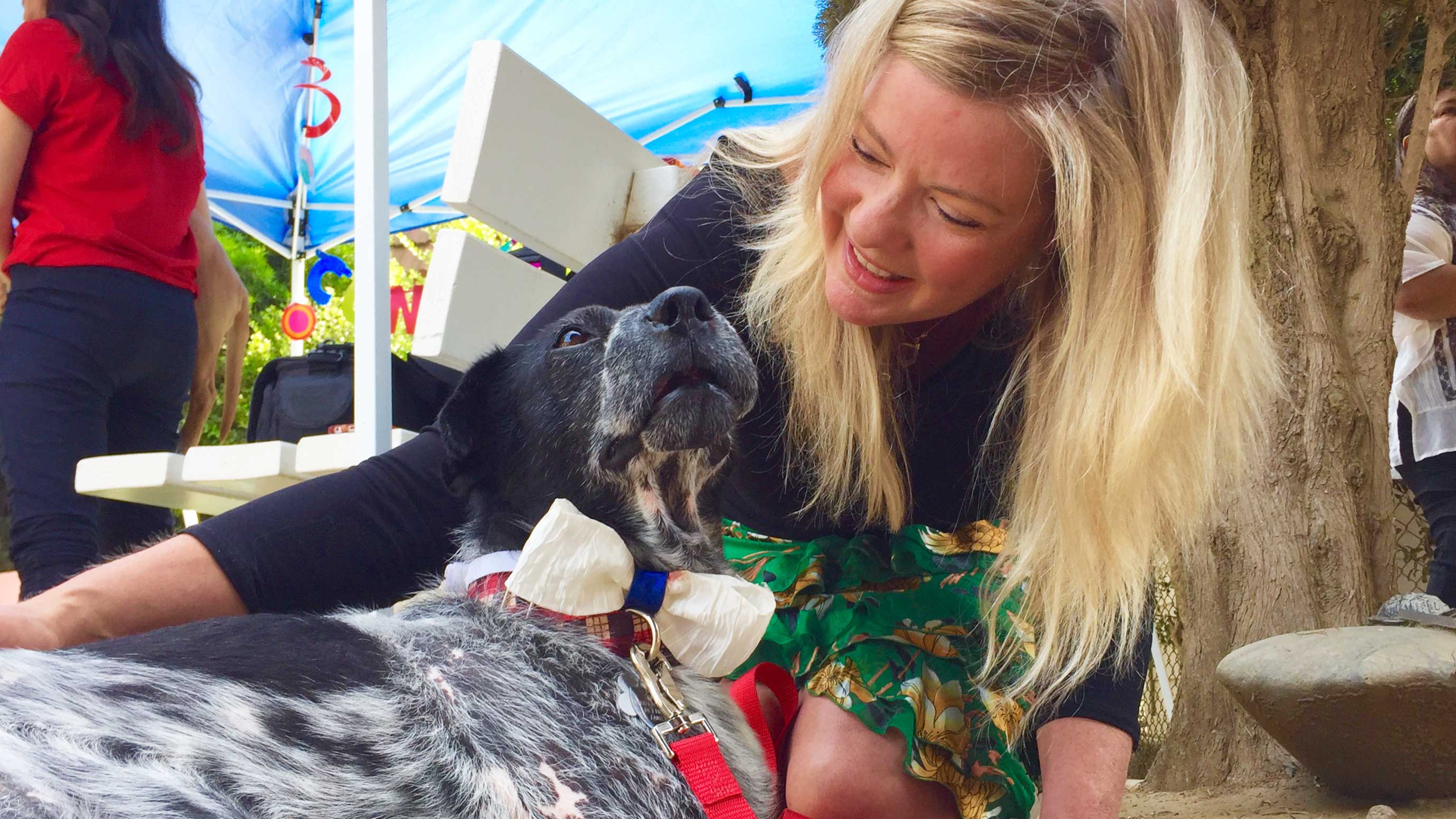 SAN DIEGO — The story of Dwayne, a Pointer mix who has been receiving treatment since being found roaming the streets of Tijuana while horribly disfigured, will hit a happy milestone Friday when he goes to his new home with an adoptive owner.

Dwayne underwent multiple surgeries and other treatments since he was brought to the United States about four months ago, according to the Helen Woodward Animal Center.

The rescuer says Dwayne’s former owner bound him with a crude wire muzzle, kicked him and beat him with sticks. When the owner was jailed on unrelated charges, the canine began wandering the streets, where residents disgusted by his deformities threw stones and scalding water at him, and he was attacked by a pair of pit bulls, the rescuer said.

Dwayne was left with a deformed muzzle that made his breathing labored, and injuries to his front right leg and elbow, skin and coat.

After receiving veterinary and foster care from Dr. Patricia Carter, Dwayne has blossomed into a healthy, confident and affectionate friend to everyone he meets, center officials said. He has also become a bit of an international celebrity thanks to media coverage of his plight, and $40,000 in donations were collected for his care.

The center began taking adoption applications last month, and selected a woman who hasn’t been identified.

Also Friday, center officials will begin putting up for adoption 64 dogs and cats rescued from shelters in hurricane-ravaged Texas. They were flown to San Diego Tuesday aboard a special Southwest Airlines flight to make room for pets that have lost their homes since Hurricane Harvey.

While the adoption process starts Friday, the center cautioned that it could take staff several weeks to clear all the pets. People interested in adopting one of the animals are encouraged to drop by the center at 6461 El Apajo Road in Rancho Santa Fe.