SAN DIEGO -- Authorities asked the public Friday for help in identifying and tracking down a burglar who ransacked two residential complexes near Balboa Park over a several-week period last month. 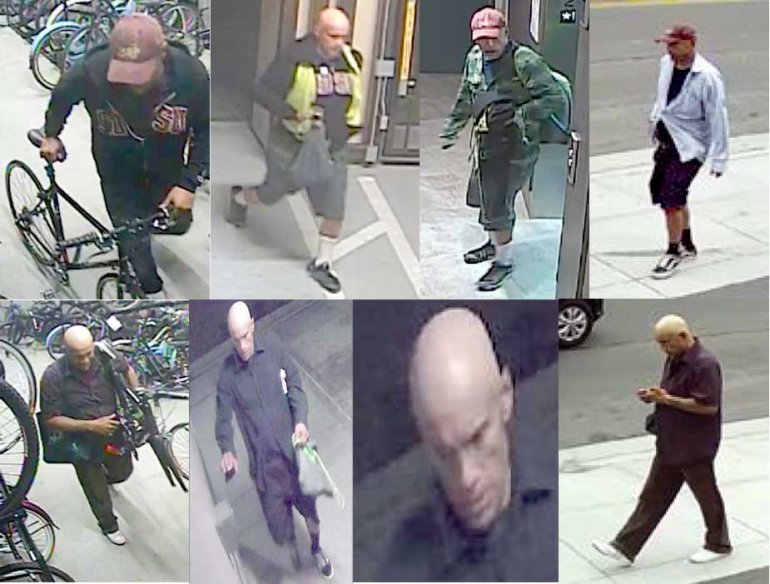 Shortly before 2:30 a.m. Sept. 9, the thief forced entry to a parking garage and an office at an apartment complex in the 2600 block of Fifth Avenue in San Diego, then stole a laptop computer and an Amazon package, according to police.

The same person -- described as a Latino or white man in his mid-30s to mid-40s -- subsequently sneaked into a parking garage at a condominium complex in the 1400 block of Ninth Avenue by ducking underneath a security gate as vehicles entered or exited. He then forced his way into a locked storage room and stole bicycles after using bolt cutters to defeat locks intended to secure them from theft.

Surveillance cameras captured images of the burglar, who at times wore a black zip-up hooded sweat shirt with an "SDSU'' logo on it and a faded red baseball cap that appeared to have the name or acronym "BUBS'' on the front.

Anyone with information about the case was asked to call San Diego County Crime Stoppers at 888-580-8477 or contact the agency online at sdcrimestoppers.org. Tipsters may remain anonymous and could be eligible for a reward of up to $1,000.