SAN DIEGO - A San Diego attorney was among those who lost their lives in Sunday's mass shooting in Las Vegas.

Jennifer Irvine died in the massacre at the Route 91 Harvest Country Music Festival, a three-day concert at Las Vegas Village. She was killed instantly when she was struck in the head by a bullet.

“My heart fell in my stomach. It was just, I don’t know, I’m just kind of devastated. I mean, I immediately started crying.” Irvine’s former stepmother, April Mammola, said.

Irvine was just 7 years old when her father, Richard, married Mammola. The couple divorced seven years later. Richard has since passed away, but Mammola told FOX 5 that part of Irvine’s success could be credited to her dad.

“He had always kind of pushed for her to be an attorney and she was probably glad he did because she ended up being successful,” she said.

Irvine ran a family-law and criminal-defense practice out of an office high-rise near El Cortez hotel. She graduated from University of San Diego and California Western School of Law.

Her friends said she was loyal, fierce and lived life with passion.

"Bubbly, vivacious, pint-sized, aggressive attorney. She was going to do good things in her career," her friend said.

Irvine earned a black-belt in Taekwon-do, enjoyed hot yoga and was an avid snowboarder, according to her LinkedIn account.

“I saw her in court a few weeks ago and we just chatted,” said her colleague, Sam Godkin.

He said Irvine was on the verge of transition.

“I know she wanted to get out of family law for a while and do criminal because family law was taxing,” said Godkin. “She’s a smart girl she’s a good girl, it’s just wrong.”

"Jenn was very loved. She was a beautiful soul who deserved more than she was given in life," a close friend and co-worker said.

A celebration of life ceremony for Irvine will be held Thursday, October 19 from 6 to 8 p.m. at Moonshine Flats in San Diego. A benefit concert in honor of the 58 victims will follow.

The shooting left at least 59 people dead and more than 527 injured, making it the deadliest shooting in modern American history.

Portraits of the victims of the Las Vegas shooting

One was a nurse who died protecting his wife. Another devoted her life to teaching children with special needs. They were people from different walks of life who had gathered to enjoy a country music festival in the glimmering heart of the Las Vegas Strip.

Here are some of their stories.

Sonny Melton, 29, a registered nurse from Tennessee, was shot and killed in Las Vegas on Sunday night, according to his place of employment, Henry County Medical Center in Paris, Tennessee.

In an interview with CNN affiliate WSMV, Heather Melton said her husband saved her life amid the gunfire.

"He saved my life. He grabbed me and started running when I felt him get shot in the back," she said. "I want everyone to know what a kind-hearted, loving man he was, but at this point, I can barely breathe."

Sonny Melton graduated from Union University in 2015 with a Bachelor of Science in Nursing Accelerated degree and was president of his BSNA class, according to the university.

"You know how when you met someone and you just know that they're good and kind? That was Sonny," said Christy Davis, assistant professor of nursing at Union. "He just had a sweet, kind spirit about him."

Tennessee Gov. Bill Haslam tweeted that he was praying for those affected by the shooting, including Melton's family.

"In particular, Crissy and I extend our condolences and prayers to the family of Sonny Melton from West Tennessee who was among those killed in this tragedy," Haslam said. "We know other Tennesseans were in attendance or performing at the event, and my thoughts go out to them as we grieve and process the enormity of this attack. Tennessee stands with Las Vegas during this difficult time."

Rachael Parker, a 33-year-old records technician for the police department in Manhattan Beach, California, was shot in Las Vegas and later died at the hospital, Manhattan Beach Police Department said. 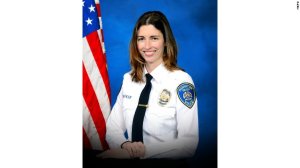 Parker had been employed with the police for 10 years, and "will be greatly missed," the department said.

She was one of four Manhattan Beach police employees who were off-duty and attended the country music concert in Las Vegas where the shooting occurred. Another police employee, a sworn officer, was shot and suffered minor injuries, the department said.

Casey had taught there for the past nine years and will be remembered for her sense of humor, passion for her work, devotion to her students, and her commitment to continuing her own learning and to taking on whatever new projects came her way, Matthews said.

"Our students, employees, and parents are devastated by Sandy Casey's death. We lost a spectacular teacher who devoted her life to helping some of our most needy students," Matthews said.

Several other members of the Manhattan Beach Unified School district attended the music festival as well but were unharmed, the school district said.

Jenny Parks, a kindergarten teacher for the Lancaster School District in California, was killed in the Vegas shooting, according to Steven McCarthy, her husband's uncle.

"She was truly one of the most loving people you could ever hope to meet," McCarthy said. "She always went out of her way to help anybody."

Her husband, Bobby Parks, is currently in surgery after the bullet injured his arm and finger, McCarthy said. He said that Bobby Parks is responsive and aware that his wife passed away.

Jenny Parks has two brothers who lived in Las Vegas, and the couple was visiting them.

She had worked for the school district since 2003 at three different schools and specifically worked as a discipline secretary, acting as an advocate for students during times of discipline.

"As many students have mentioned in some Facebook posts and to many of us, she was there for them and she respected them and tried to work with them as much as she could," Hyatt said.

He said Romero-Muniz was outgoing, kind, and considerate of all those she worked with.

"We cannot express enough the loss that our organization feels at this time, and the heartache we feel for Lisa's husband, children, grandchildren and family," Hyatt said.

NATIONAL CITY, Calif. - Plans for a new intergenerational neighborhood community with affordable housing units for families and a health center are moving ahead in National City.

City Council Tuesday approved a development agreement for the Kimball Highland Master Plan. It is a roughly $123 million project borne out of years of discussions by city leaders to bolster new and renovated affordable housing options as well as for-sale senior housing, a city staff report shows.

POWAY, Calif. - Relaxed rules on outdoor dining are here to stay in Poway after a unanimous city council vote Tuesday.

Council approved extending its relaxed policy on outdoor dining with Mayor Steve Vaus directing staff to amend the local municipal code to allow it to continue after the coronavirus pandemic ends. The body also will allow restaurants to keep city-owned picnic tables for at least another year.

ANAHEIM (CNS) - State health officials released long-awaited guidance for the reopening of theme parks amid the coronavirus pandemic Tuesday, but the restrictions will likely translate to several more months of closures at major attractions such as Disneyland and Universal Studios Hollywood.

Under the guidelines, major theme parks will only be permitted to reopen in counties that have reached the least-restrictive "yellow" tier of the state's four-tier COVID-19 economic-reopening roadmap.

Walmart predicts a change in ‘center of plate’ Thanksgiving preparations

Early voting: Where you can vote in San Diego County