SAN DIEGO – San Diego International Airport ranks among the best when it comes to transit options, drive time and cost to get there, according to a new study.

All major airports in the United States were ranked in a study by travel app Travelbank.

The study monitored the time it takes during morning rush hour to get to the terminals from a nearby metro center on public transit and in a private car. It also tracked the cost of taking Uber and public transit for the trip.

The San Diego airport ranked second, behind Boston Logan and McCarran International Airport in Las Vegas – which tied for the top spot.

“Coming in second on our list is San Diego International thanks to its close proximity to downtown, similar to both Boston and Las Vegas. Propelling San Diego to the second top spot is also the fact that it has the cheapest Uber fare of $8 from downtown, while the 11 minute public transit time — ranking second best on our list — plays well into its favor. Although LAX and SFO rank #3 and #6 worst for transit on our list, San Diego’s airport proves that not everything in California has to cost an arm and a leg.” 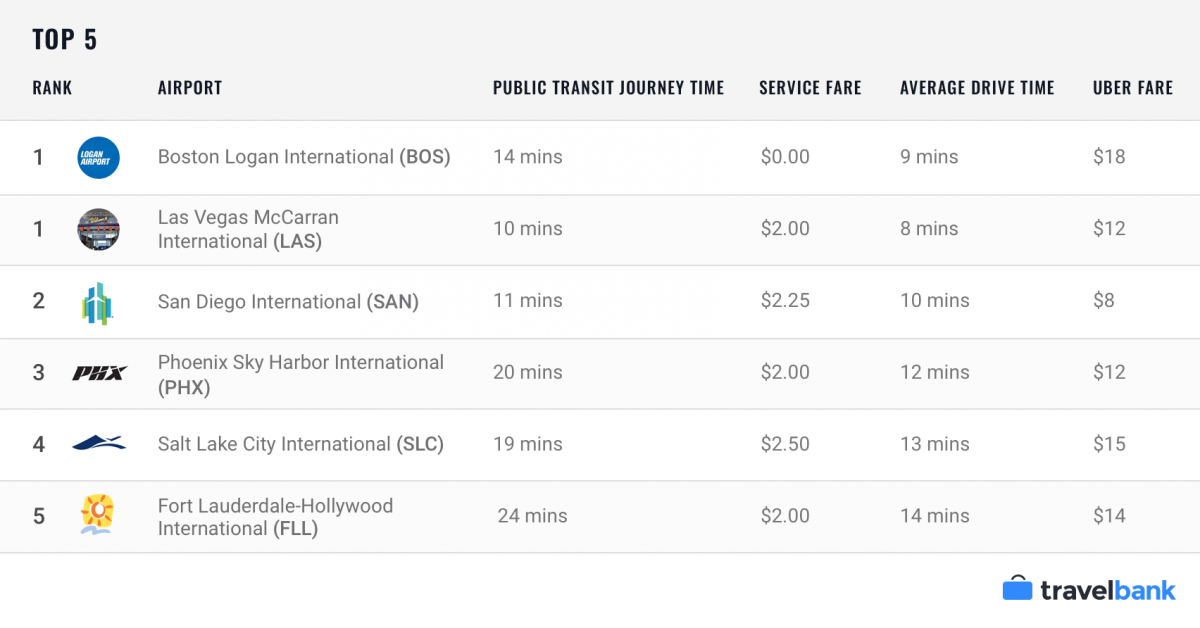