Senior Chief Special Warfare Operator Edward C. Byers Jr., 36, was a member of the team that rescued Dr. Dilip Joseph after he and his driver and Afghan interpreter were abducted in the Qarghah'i District of Laghman Province in December 2012, according to the White House and the Navy. 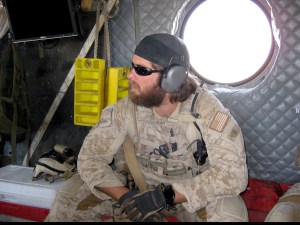 “Trading personal security for speed of action was inherent to the success of this rescue mission,'' according to a Navy statement. “Each assaulter in the rescue force volunteered for this operation with full appreciation for the risks they were to undertake.''

A fellow team member was shot while entering the small, single-room building where Joseph was being held. But Byers continued inside, became involved in hand-to-hand combat with an armed guard then shielded the American hostage from gunfire, according to the Navy.

Byers spotted another enemy fighter and was able to pin him to the wall while still covering the hostage with his body. Byers restrained the combatant long enough that a teammate was able to shoot him, according to the Navy.

Byers, who is also certified as a paramedic, then attempted to assist an injured colleague while en route to Bagram Airfield. However, the team member who had been shot was pronounced dead following the roughly 40-minute flight.

“Chief Petty Officer Byers displayed superior gallantry, extraordinary heroism at grave personal risk, dedication to his teammates and calm tactical leadership while liberating Dr. Dilip Joseph from captivity,'' according to the Navy statement. “He is unquestionably deserving of the Medal of Honor.''

Byers is the sixth Navy SEAL in history to be awarded the Medal of Honor and will be the 11th living service member to receive it.

He is believed to be the first service member to ever receive the Medal of Honor for actions while serving with the Naval Special Warfare Development Group, commonly known as SEAL Team 6, The Washington Post reported. Defense officials declined to confirm that but said that Byers is the first living SEAL to receive the Medal of Honor since the Vietnam War, according to the newspaper.

Byers honors include five Bronze Star Medals with Combat V device, two Purple Hearts and the Joint Service Commendation Medal with Valor device. He is set to graduate from Norwich University with a bachelor's degree in strategic studies and defense analysis this year.