SAN DIEGO — A San Diego native was honored as the Bluejacket of the Year at Naval Health Clinic Charleston in South Carolina, the Navy reported Thursday.

Navy Petty Officer Third Class Mark Simon, a laboratory technician, has been stationed at the facility in Goose Creek, South Carolina, since 2014. 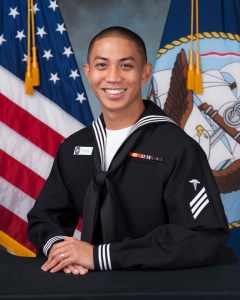 “It came to me as a surprise,” said Simon, a 2006 graduate of Morse High School. “I didn’t know what was going on until all of my coworkers were around me clapping. It’s a blessing to be named Bluejacket of the Year.”

Bluejacket is a term for an enlisted sailor.

Simon is scheduled to remain at NHCC for two more years, and then he plans to apply for special warfare positions, the Navy said.