SAN DIEGO — Closing arguments started Monday in the murder case of 28-year old Omar Medina whose body was found in a barrel floating in San Diego Bay  in October of 2017. 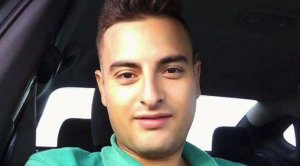 According to Somerville, Medina and Cook lived together in Chula Vista, and they had a falling out as Cook became annoyed with Medina because he was messy and was drinking a lot. Cook eventually kicked Medina out of the house.

Somerville also pointed out that Medina had received an $80,000 settlement from a lawsuit and argued that was a motive for the murder.

Medina went missing after Sept. 30, 2017. His family filed a missing person’s report and less than two weeks afterwards, the barrel with Medina’s body was found in the bay. It had been weighed down with cinder blocks.

Somerville said Cook enlisted Spurgeon’s help to get rid of the body and that surveillance video showed the men in a truck, with a barrel in the back, towing a boat that Spurgeon had access to from El Cajon to San Diego Bay.

Prosecutors say Cook tried to cover his tracks, including cleaning any evidence from the home he shared with Medina.

But Cook’s defense attorney argued that Cook found Medina’s body and got scared, but did not commit murder.

“It’s evidence of Cook disposing of Medina. It’s not pretty, but there’s absolutely no evidence he killed him,” said defense attorney Kara Oien.