Skip to content
This is an archived article and the information in the article may be outdated. Please look at the time stamp on the story to see when it was last updated.
WASHINGTON — The 2016 election season began this year with a broad spectrum of personalities. 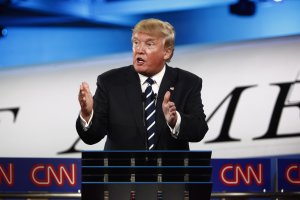 But perhaps no personality is as quite as large as that of Republican presidential candidate Donald Trump.

Trump’s comments about women, minorities and religion have run the gamut this year from brash to what President Barack Obama indirectly called “bigotry.”

His remarks on barring Muslims from entering the United States created a firestorm of outrage on a global level. 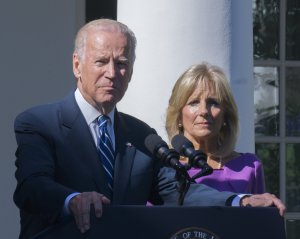 Despite months of speculation and public interest, Joe Biden announced he would not be pursuing the presidency in 2016,

With his wife, Jill, and Obama at his side, he added, “I intend to speak out clearly and forcefully, to influence as much as I can where we stand as a party and where we need to go as a nation.” 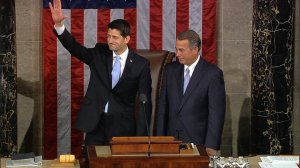 “I decided today is the day I’m going to do this, simple as that,” Boehner said at a press conference.

House Majority Leader Kevin McCarthy was poised to succeed Boehner, but dropped out suddenly, causing the House to scramble.

“I cannot and will not give up my family time,” he said before his election. 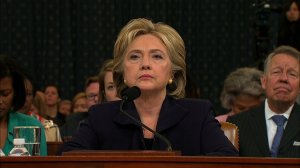 Hillary Clinton, the Democratic front-runner, hasn’t exactly had it easy.

In addition to the controversy surrounding emails she sent from a personal server while Secretary of State, which prompted an investigation by the Justice Department, she also endured an 11-hour congressional hearing dissecting her response to the Benghazi attacks.

Though the road has been rocky, Clinton has remained relatively unscathed. 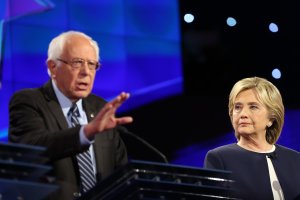 While Bernie Sanders may not be poised to win the Democratic nomination, he might have taken the cake for most memorable quote of the year. During the first Democratic debate on CNN, he told Clinton, “the American people are sick and tired of hearing about your damn emails.”

That line prompted a social media frenzy and made it into Larry David’s impression of Sanders during a “Saturday Night Live” skit.

BOSTON (AP) — The Trump administration has rescinded a rule that would have required international students to transfer schools or leave the country if their colleges hold classes entirely online this fall because of the coronavirus pandemic.

U.S. Immigration and Customs Enforcement announced the decision as a court hearing was getting underway on a challenge to the rule by Harvard University and the Massachusetts Institute of Technology.

WASHINGTON (AP) — With U.S. virus cases spiking and the death toll mounting, the White House is working to undercut its most trusted coronavirus expert, playing down the danger as President Donald Trump pushes to get the economy moving before he faces voters in November.

The U.S. has become a cautionary tale across the globe, with once-falling cases now spiraling. However, Trump suggests the severity of the pandemic that has killed more than 135,000 Americans is being overstated by critics to damage his reelection chances.

LOS ANGELES (AP) — More than 100,000 mail-in ballots were rejected by California election officials during the March presidential primary, according to data obtained by The Associated Press that highlights a glaring gap in the state's effort to ensure every vote is counted.

With the coronavirus pandemic raging, California is part of a growing number of states increasing mail-in balloting to avoid crowds at polling places. President Donald Trump is among those questioning the integrity of vote-by-mail elections while supporters say they are just as reliable as polling places and offer greater flexibility for voters.