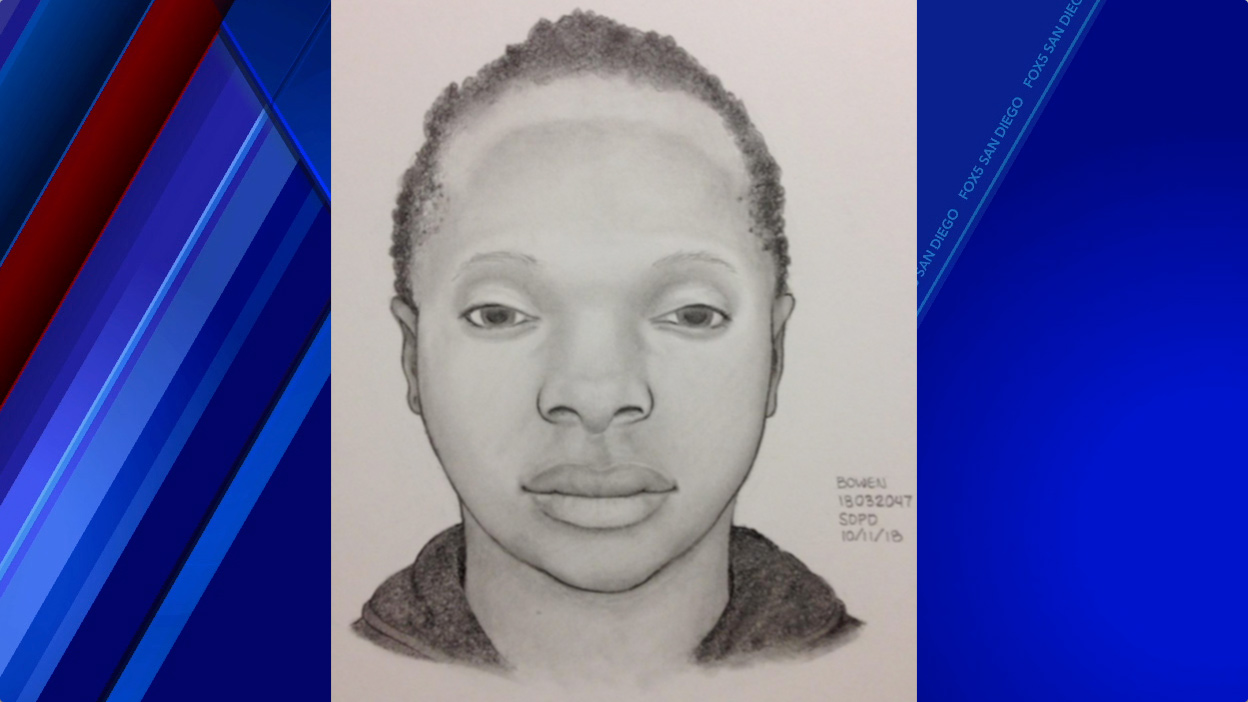 SAN DIEGO — Authorities Thursday asked for help to identify the woman who was shot and killed late Tuesday at a parking lot in Point Loma.

The victim and a man were standing in a Baron’s Market parking lot at 4013 West Point Loma Boulevard, according to San Diego police. The two people were heard arguing before the gunshot.

The woman was found on the ground as a black sedan sped east on W. Point Loma Boulevard around 11:45 p.m. She was taken to a hospital, where she died, police said.

The victim was described as black, 5 feet 9 inches tall, 156 pounds in her late 20s or early 30s, Lt. Anthony Dupree said, adding that she may have given birth in the past few months.

SAN DIEGO -- Police chased a driver through Linda Vista and got him to surrender after he jumped out and ran into a canyon, hiding under a bush, according to the San Diego Police Department.

The chase started near Interstate 8 in the Fashion Valley area some time after 11 p.m. Officers checked the plates on the driver's car and found the vehicle was reported stolen. The man refused to pull over, an SDPD spokesperson said, and the officers started chasing him through the city.