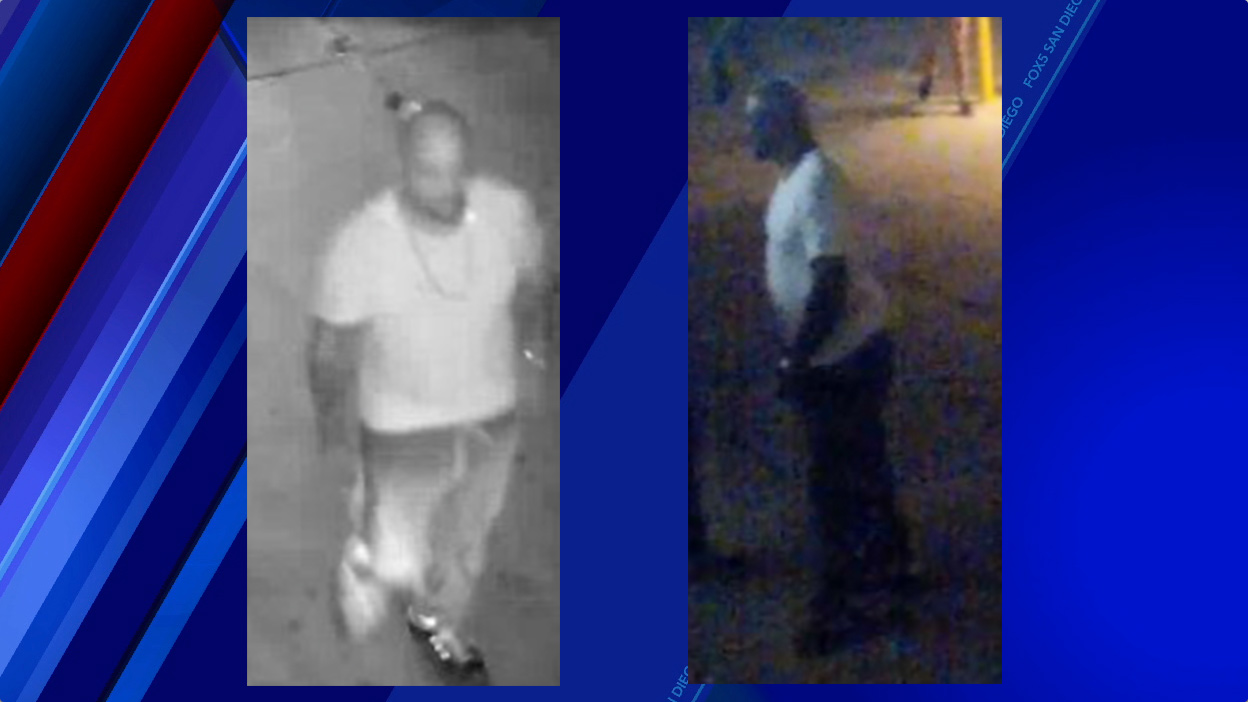 SAN DIEGO — Authorities Wednesday released photos of a man suspected of hitting a bouncer with a metal pole at a restaurant in Pacific Beach.

Around 9:20 p.m. Saturday at the Firehouse American Eatery and Lounge at 722 Grand Avenue, a man used a metal object to hit an employee in the head, causing a significant head injury, authorities said. The man also assaulted other employees of the bar, whose injuries range from serious to minor.

The man left the scene before officers arrived.

The suspect is described as black, approximately 30 years old, 6-feet-tall and 250 pounds. He was last seen wearing a white T-shirt. The suspect left the area in a dark-colored SUV.

Investigators ask anyone who has cell phone video of the incident to contact them. Anyone with other information related to the case is asked to call SDPD’s Northern Division at 858-552-1714 or Crime Stoppers’ anonymous tip line at 888-580-8477. Crime Stoppers is offering up to a $1,000 reward to anyone with information that leads to an arrest in this case.

Patagonia prints ‘vote the a**holes out’ on clothing tags