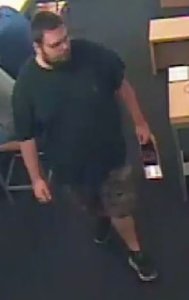 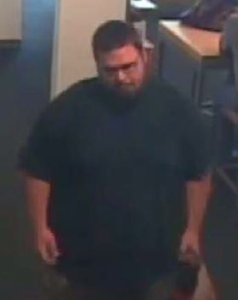 SAN DIEGO — Authorities asked for the public’s help Thursday in identifying and locating a man suspected of identity theft and credit card fraud.

Police said the man used a fake ID card on June 9, 2019, to make purchases at a Verizon store on Sports Arena Boulevard and a Best Buy store on Mission Center Road. The ID cards he used gained him access to a real person’s Verizon and Best Buy accounts.

A total of $6,000 was fraudulently charged to the victim’s accounts. The victim said they had not lost their identification cards and were unsure of how the suspect gained access to their personal information.

The suspect was described as a white man in his mid-20s or mid-30s with a heavy build and dark-colored hair cut short. He was last seen sporting a beard and glasses.