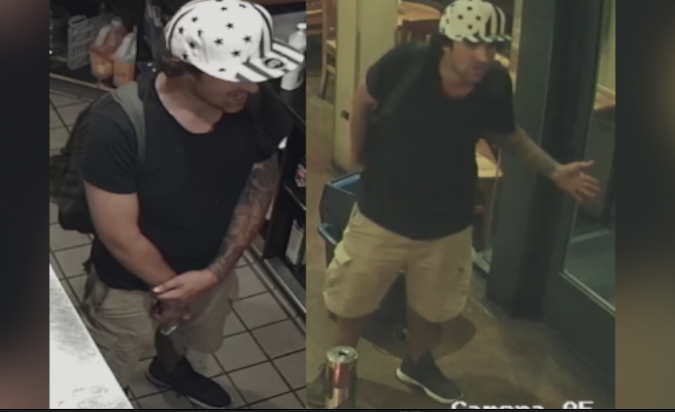 SAN DIEGO — San Diego police Monday arrested the man suspected of trying to sexually assault a woman in Little Italy before stealing her SUV and taking off.

Around 1:30 p.m., police took 28-year-old Christopher Merron into custody in the 2100 block of Fenton Parkway. He will be booked into San Diego County Jail on several charges, including assault with intent to commit a sex crime, sexual battery, false imprisonment, burglary, brandishing a deadly weapon, criminal threats and auto theft.

Officers were called to the attempted sexual assault around 4:30 a.m. Sunday. A man entered Cafe Italia on India Street, where the victim was working as a janitor. The armed man pushed her into a back room and tried to assault her, said police.

The woman was able to fight him off and run out of the store, but not before the man stole her keys. He sped off in her vehicle, described as a tan 1998 GMC Jimmy with a California license plate number 7VOY594.

The suspect was described as a white male with a medium complexion, 25 to 30 years old, 5’5″ tall, 130 pounds and slender with dark, curly hair. He was last seen wearing a white baseball cap with black stripes and stars, a black, short-sleeved t-shirt, khaki shorts and dark high top tennis shoes with a white trim.