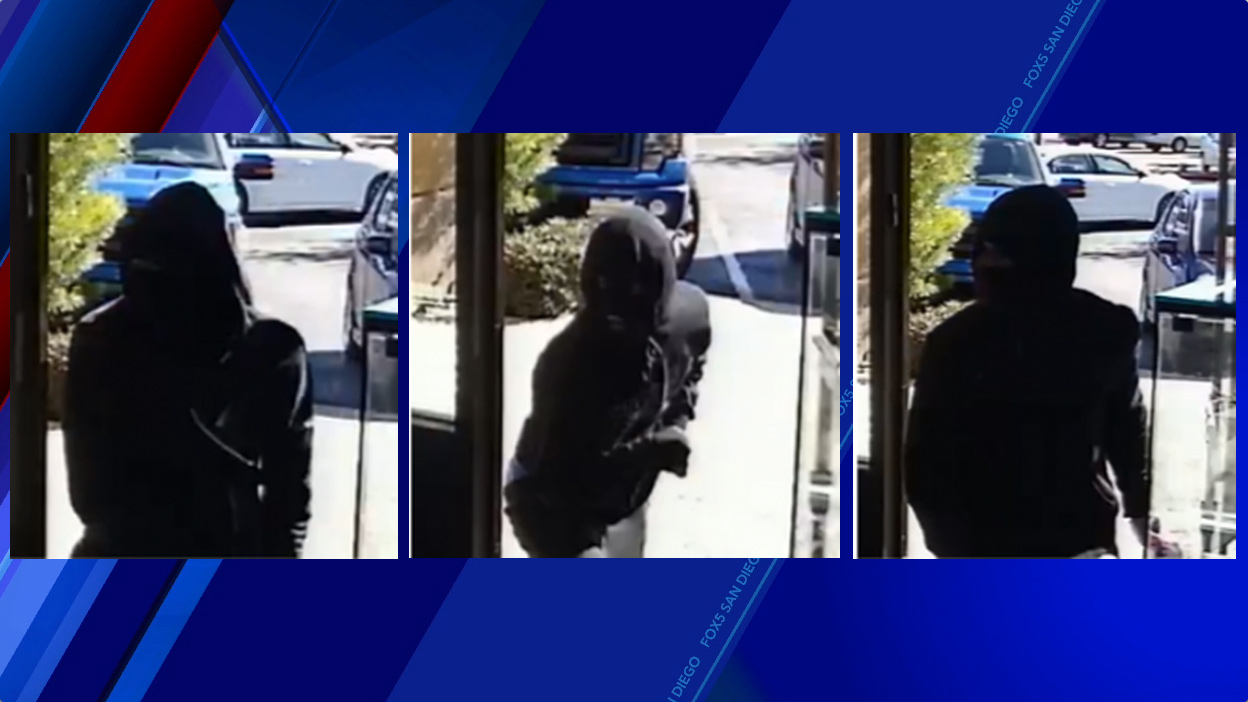 The suspects entered the store and began smashing display cases, Foster said. When the owner went to see what was going on, one suspect leveled a gun at her and instructed her to get on the ground.

Foster said the three then continued to break into the displays, grabbed an undetermined amount of jewelry and fled the scene.

We need your help identifying and locating these robbery suspects. Anyone with information please call @sdcrimestoppers 888-580-8477. Up to $1000 reward being offered. pic.twitter.com/r6VHPpBAcC

LATEST FORECAST ADVISORY: 11AM Monday Update: Tropical Storm Isaias is moving a little faster. Isaias has gotten better organized over the past 24 hours. Isaias continues to produce an area of vigorous Convection near and to the northeast of its low level center. Overnight radar has shown some mid-level eye feature. Some slight strengthening has occurred along with thunderstorm activity blowing up around its center. Hurricane hunters have found very little if any changes. As of 11AM Monday, winds are at 70mph, making for a strong tropical storm. Pressure is at 998mb and movement around 13mph towards the north.