OCEANSIDE, Calf. –A family of seven was displaced Monday morning by a fire that erupted inside their home in the Fire Mountain neighborhood of southern Oceanside, authorities said. 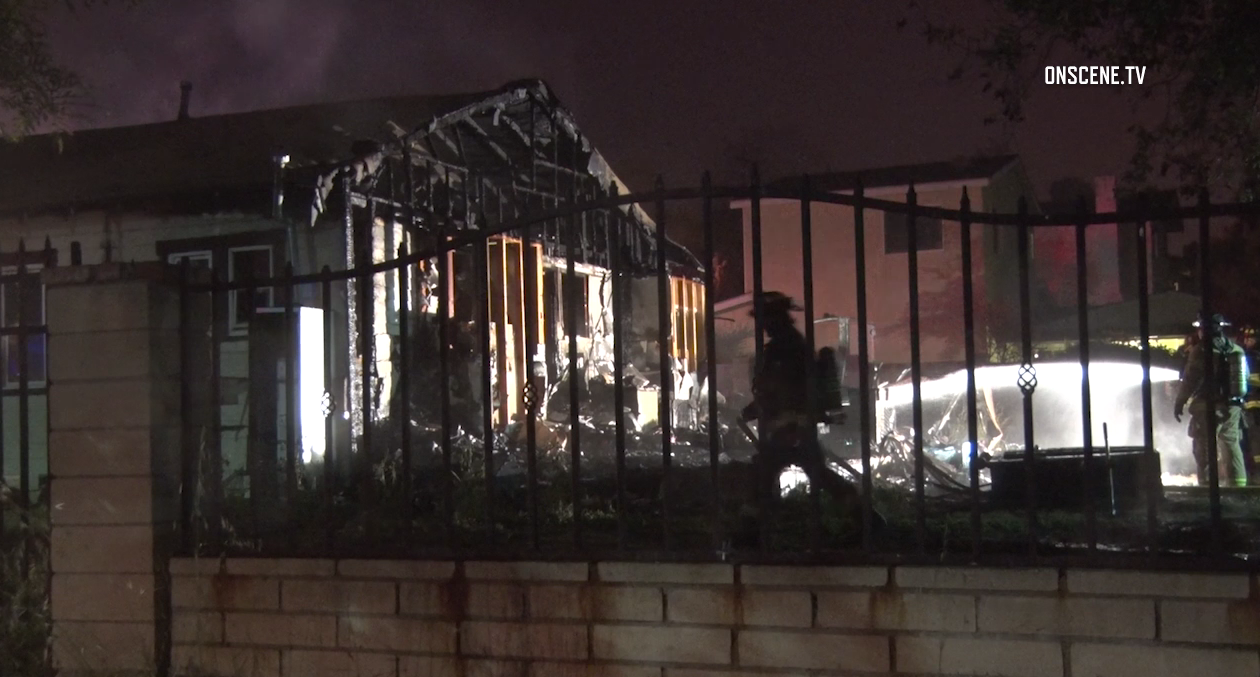 Fire crews from Oceanside, Carlsbad and Vista responded just before 12:40 a.m. to reports of smoke and flames seen coming from the back of the home in the 1500 block of Kelly Street, near the Interstate 5 and state Route 78 junction, Oceanside Fire Department Deputy Chief Joe Ward said. Oceanside police officers arrived first and confirmed for the firefighters that the home was ablaze.

The first fire engine arrived seven minutes after being dispatched and immediately began fighting the flames that had engulfed the back of the home, Ward said.

“Additional crews were assigned to extinguish the fire in the residence, as well as conduct a primary and secondary search of the residence,” the deputy chief said, noting that no victims were found inside the house.

As firefighters searched the home, the owner confirmed that all seven people and three pets residing at the single-story house had safely evacuated before fire crews arrived. The local chapter of the American Red Cross was called to the scene to help find shelter for the family.

Firefighters knocked down the flames at about 1 a.m., or within 15 minutes of arrival, Ward said. The blaze was contained to the one home and no other structures were threatened. The home suffered heavy smoke and fire damage.

An investigator from the Oceanside Fire Department was tasked with determining the cause of the blaze, but that was still under investigation this morning. There was no immediate estimate of losses.

A GoFundMe page is raising money for the family.