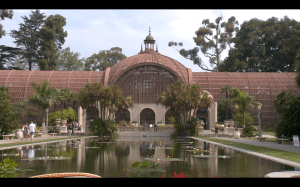 SAN DIEGO — Organizers of the Balboa Park Centennial say they need to raise $3 million Plans to refurbish the Botanical Building in time for the celebration.

Officials hope to  raise money  from private donors to complete the project ahead of the 2015 Centennial Celebration of the park.  It’s a tough sell after the recent disbanding of the group that was planning the celebration.

“It is not easy to raise funds in Balboa Park right now,” said Carol Chang, Board President of the Balboa Park Conservancy, the non-profit charged with raising money for park projects.

With the recent disbanding of Balboa Park Celebration, Inc., the group that was planning the celebration, public trust has been shaken.  More than $2.6 million, half of it public money, was spent with little to show for it.  Heavily criticized for secrecy and needing at least $30 million more for the grandiose celebration, the group broke up and handed the centennial planning over to the city.

The city is now in charge of a more modest celebration.  The Conservancy said it’s working hard to be open and transparent with its projects in the wake of the mishaps from the other group.

“Examples of this to ensure that openness will include invites to the public join Balboa Park Committee meetings and other public forums to provide input,” said Chang.

The Botanical Building was built in 1915 and was last restored 15 years ago. Chang said while just $10 thousand has been raised to far, interested donors have been identified.

“We are very hopeful the promises we’re hearing will come forward with actual dollars,” she said.

Sandy Shapery of the Save our Heritage Organization mentioned the difference between this project and the previous plans for the Centennial.

“I think what this project has that all of the other projects have not had is full public support from everyone, from all the stakeholders,” Shapery said. “It’s not just one person’s vision.  This is something we all want and we’re all behind.”

The Conservancy is hoping to have the proper funds raised by August.

SANTA FE, N.M. (KRQE) – During a news conference on Wednesday, Santa Fe County Sheriff Adan Mendoza stated that while it is still too early in the investigation to comment on possible charges, a live, lead projectile has been recovered from the shoulder of director Joel Souza after it was fired from a prop gun on the set of "Rust". Sheriff Mendoza said it would be left up to the medical examiner to determine if it was the same live round that killed director of cinematography Halyna Hutchins.

In addition to actor Alec Baldwin, who fired the prop gun, the sheriff also identified armorer Hannah Reed Gutierrez and assistant director David Halls as individuals who handled and inspected the gun prior to it being fired. All three individuals provided statements and have been cooperating with authorities in their investigation.