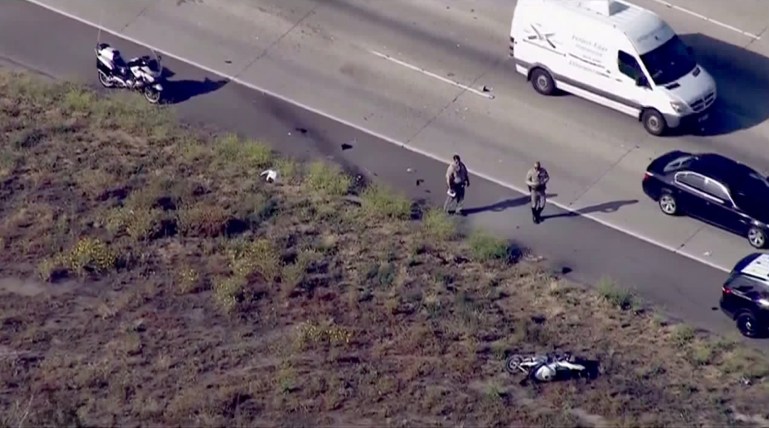 CARLSBAD, Calif. — A 35-year-old motorcyclist was killed Friday afternoon in a freeway collision with a DUI suspect’s car near Batiquitos Lagoon.

The man was riding to the south between slower-moving vehicles on Interstate 5 in Carlsbad about 3:45 p.m. when his 1999 Suzuki crashed into a 2012 Hyundai as its driver was changing lanes, according to the California Highway Patrol.

The motorcyclist fell off, his helmet came off and he tumbled into foliage on the right-hand side of the roadway just south of Poinsettia Lane, CHP  Officer Jim Bettencourt said.

The rider, whose name was withheld pending family notification, died at the scene.

The 27-year-old motorist was arrested on suspicion of driving while intoxicated, Bettencourt said. Her name was not immediately available.