CARLSBAD, Calif. — A pilot and a passenger killed in a fiery helicopter crash that shut down the runway at McClellan-Palomar Airport in Carlsbad were publicly identified Thursday.

Bruce Allen Erickson, 65, of Rancho Santa Fe and his 60-year-old passenger, Wayne Frank Lewis of Cardiff-by-the-Sea, died as a result of a crash and fire that occurred as they were practicing landings at the general-aviation facility on Palomar Airport Road shortly before 4:30 p.m. Wednesday, the county Medical Examiner’s Office said.

“He’s my brother from another mother, best friend for all those years,” said Robert Fudge.
Fudge has known Lewis since high school  He said his friend had a passion for flying.  He said Lewis learned to fly helicopters 10 years ago from their mutual friend Dave Martz. Shortly after, Lewis stopped flying because it was just too expensive, but recently picked up the hobby once again.
“It was exciting to see him flying a helicopter with Bruce Erickson,” said Fudge.
Erickson was the chairman and CEO of American Bank of Montana. He owned a helicopter and the two would often fly together. Lewis was Erickson’s real estate agent.
“They had a gorgeous house Wayne was going to potentially sell for them,” said Fudge. “They also had a house in Montana so they would commute back and forth.”
On Wednesday, Fudge said Lewis decided to go flying with his client.
“He (Erickson) just took up for a play day and then they were practicing landings,” said Fudge.
He said he knew something was wrong when Lewis’ girlfriend called.
“She told me he was going up flying and she was concerned because he hadn’t returned,” said Fudge.  “He didn’t return my call. The rest is history.”
A spokeswoman for the American Bank released the following statement about Erickson:

“Bruce had a heart of gold with boundless energy, and his devotion toward community banking was unsurmountable. As a fantastic leader, he placed utmost importance on his employees and was very generous to all. Bruce’s zest for life elevated all those who he came in contact with.  He was passionate about giving with a special concern for children and the local communities the bank serves. Our hearts and prayers go out to the Erickson family, and all those affected by this tragedy.”

“As we mourn his loss we are reminded to value the precious gift of life each and every day. He will be deeply missed by us and the entire real estate community,” said Berkshire’s General Manager Mary Lee Blaylock. 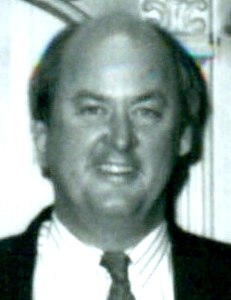 “It’s actually really sad, because 2015 would have been his best year. He had some really good listings,” said Fudge.

The Airbus AS350 helicopter’s tail hit the ground as it approached the landing pad. The body of the chopper then hit the ground, spun out and went up in flames, authorities said.

Emergency crews were still extinguishing the resulting fire a half-hour later, according to North County Dispatch.

The crash prompted a closure of the single-runway airport.

McClellan-Palomar Airport reopened around 3 p.m. Thursday after the chopper wreckage was taken to a nearby hangar and a HAZMAT crew cleared the runway.

“We’ve been working with NTSB and Carlsbad Fire — everybody’s been working together really well. It’s going as quickly as possible — we need to be as thorough as possible as well,” said Alex Bell, a spokesperson for Palomar Airport.

Investigators with the Federal Aviation Administration and National Transportation Safety Board were summoned to the accident site following the crash, according to FAA spokesman Ian Gregor.

Fudge said it’s hard to believe his friend is gone.

“The way he can light up a room just by walking into it and more importantly his care for other people,” said Fudge.
He said what is even harder to believe is he’s grieving once again. In August, mutual Dave Martz also died in a helicopter crash. Lewis, Dave and Fudge were best friends.
“We were the three amigos,” said Fudge. “Me having lost two of my best friends in three months is definitely not a good story.”
33.126583-117.278838