SPRINGFIELD, Mo. – A 20-year-old faces charges for making terroristic threats after walking into a Walmart store in Springfield, Missouri wearing body armor and carrying a firearm and ammunition.

Dimitriy N. Andreychenko is currently in the Greene County Jail and being held on a $10,000 bond.

Making a terrorist threat in the second degree is a felony and is punishable by up to four years in the Missouri Department of Corrections with a fine of up to $10,000. 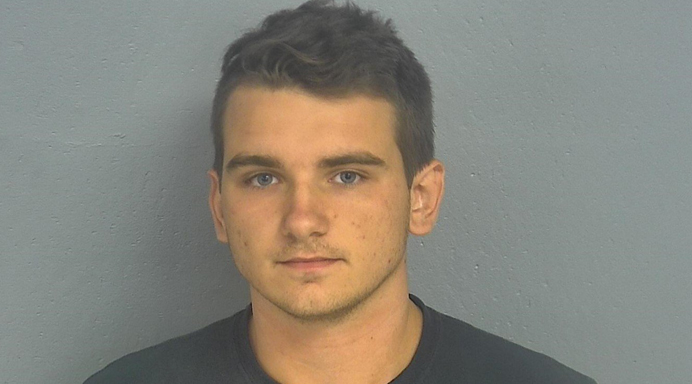 “Missouri protects the right of people to open carry a firearm, but that right does not allow an individual to act in a reckless and criminal manner endangering other citizens. As Justice Oliver Wendell Holmes famously explained, ‘the most stringent protection of free speech would not protect a man in falsely shouting fire in a theatre causing a panic,’” wrote Greene County Prosecuting Attorney Dan Patterson.

Investigators say Andreychenko went to the Walmart on W. Republic Road around 4:30 p.m. He was carrying a rifle, about 100 rounds of ammunition, and recording video on his cellphone while walking around the store.

A manager at the Walmart pulled the fire alarm to evacuate the store. A former firefighter confronted Andreychenko and held the 20-year-old at gunpoint until Springfield police arrived.

“His intent was not to cause peace or comfort … He’s lucky he’s alive still, to be honest,” said Lt. Mike Lucas, Springfield Police Department.

Yogananda Pittman's prepared testimony was delivered before a House Appropriations subcommittee was released Wednesday. NewsNation is livestreaming the hearing in the player above.