EL CAJON, Calif. - A motorist who allegedly drove drunk and got into a Mother's Day crash in Ramona that killed a pregnant woman, then summoned a Lyft driver to give him a ride to a bar, was charged Wednesday with eight felonies, including murder and gross vehicular manslaughter while intoxicated.

Andrew Dorian Milonis, 44, pleaded not guilty during his arraignment to the charges, which also include DUI and hit-and-run. His bail was increased to $3 million, and he faces 40 years to life in prison if convicted.

Milonis was heading east on San Vicente Road when his 2011 GMC Yukon pickup rear-ended a 2016 Dodge Dart near Arena Drive about 6:45 p.m. Sunday, according to the California Highway Patrol.

The impact sent the car veering into a center median, where it struck a tree, fatally injuring the driver, 29-year-old Jessica Foderingham, who was eight months pregnant. The Ramona resident and her unborn daughter were pronounced dead at a hospital. 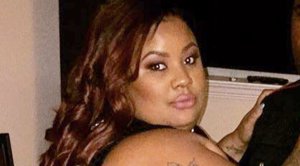 Milonis allegedly fled following the collision, then abandoned his vehicle about a mile away and called for a Lyft driver to give him a ride to a bar on Main Street, CHP public-affairs Officer Kevin Pearlstein said. Deputies found him at the tavern about an hour later and arrested him.

Chris Fondo, the victim's husband, said he was driving in another car in front of his wife when the crash happened.

The couple were married less than a year. Foderingham had two boys from a previous relationship and are now Fondo's stepsons.

“I’m just trying to stay strong for my sons, trying to be there to support them. 'Cause my little one, he still doesn’t believe it’s true. He asks me every night, 'when is Mommy coming home?'" said Fondo.

Milonis, a Ramona resident, is due back in court May 31 for a hearing to determine if there is enough evidence for him to stand trial.

SACRAMENTO, Calif. (KRON) -- More than a third of California voters have returned their ballots with less than a week before the election deadline.

The latest numbers from Political Data Inc show 36% of California ballots have been returned as of Tuesday.

SAN DIEGO (CNS) - Bed, Bath & Beyond will pay nearly $1.5 million as part of a civil enforcement lawsuit stemming from allegations that more than 200 of its California stores dumped hazardous materials in local landfills, including in San Diego County, the District Attorney's Office said Wednesday.

The New Jersey-based company, which operates 17 stores in San Diego County, was ordered by a Ventura County Superior Court judge to pay the penalties, which stemmed from a lawsuit alleging its stores unlawfully handled, transported and disposed of batteries, electronic devices, ignitable liquids, aerosol products, cleaning agents and other flammable, reactive, toxic and corrosive materials at local landfills that were not permitted to receive such waste.

SAN DIEGO (CNS) - The National Park Service announced Wednesday it will undertake a reconnaissance survey to recognize the national significance of Barrio Logan's Chicano Park and its murals as an affiliated area of the National Park System.

This comes after a hearing on legislation by Rep. Juan Vargas, D-San Diego -- the Chicano Park Preservation Act of 2019 -- in front of the U.S. of House Representative's Subcommittee on National Parks, Forests, and Public Lands hearing on Oct. 29, 2019.