On January 26, a pair of robbers smashed an SUV into a family-owned jewelry store, stealing handmade items and cash. Since then, the Escondido business has installed security bars in the windows to prevent another robbery.

In mid-February, a Kearny Mesa skate shop suffered $15,000 in losses when thieves broke in and stole their merchandise.

These incidents are a part of troubling trend of property crimes that politicians and police say has been caused by the pandemic, with more people being out of work or school.

FOX 5 took a look at FBI property crime data compiled by the San Diego Association of Governments and the Criminal Justice Clearinghouse and identified four local cities with major increases.

The first is the city of Coronado, which is not really known for a lot of criminal activity. The city has seen a 23% increase in property crimes, however.

Coronado police chief Chuck Kaye says the majority of people arrested on the island for property crime are from out of town.

“We had a series of garage prowls in the north part of our city,” Kaye told FOX 5. “We were actually able to make an arrest in and we saw a couple of burglaries down in the Cays, which is very rare, and we made an arrest in those cases.”

Along the North County coast, the city of Encinitas, with a population of more than 62,000, had a 37% spike in property crime rate.

On March 2, public records show that thieves broke into The Crack Shack restaurant, stealing safes and computers totally over $5,000 in losses.

The San Diego Sheriff’s Department, which patrols Encinitas, said that when the beach town reopened from pandemic restrictions in 2021, more people returned to the city, which also resulted in more criminals coming to town, causing the increase.

Just down the coastline, the SANDAG study showed that property crime increased 49% for the city of Solana Beach.

“People need to lock up their things and that is what we are telling our residents and businesses to do,” said mayor Lesa Heebner.

That advice came too late for one hair salon, which lost a computer and thousands of dollars in merchandise. The owner has since put in stronger security measures.

“People come here and see a lot of big houses and think, ‘Well I’m going to break into it’,” Heebner said.

Lastly, the community of Valley Center saw a 51% rise in property crime.

Kelly Hernandez, who runs a heating and air conditioning company, saw thousands of dollars go down the drain in minutes when a group of thieves targeted her business and stole a catalytic converter off a work vehicle.

“Whatever the short amount of money they make on the catalytic converter, the cost to someone like us or a homeowner or a business, it’s so much more,” Hernandez said.

The best advice from law enforcement and city leaders is to go over your own security system when it come to your property. Lock your doors and keep valuables out of sight, update cameras and alarm systems and install shields to prevent catalytic converter theft, which is at an alarming level across San Diego County.

Valentine’s Day is all about showing your spouse you appreciate them, but it can be challenging to come up with a good gift idea, despite the many options.

The best creative Valentine’s Day gifts are unique ways to show you care.

Valentine’s Day is the perfect opportunity to show your sweetheart how much you care, and with a little thought, you can find the perfect gift. 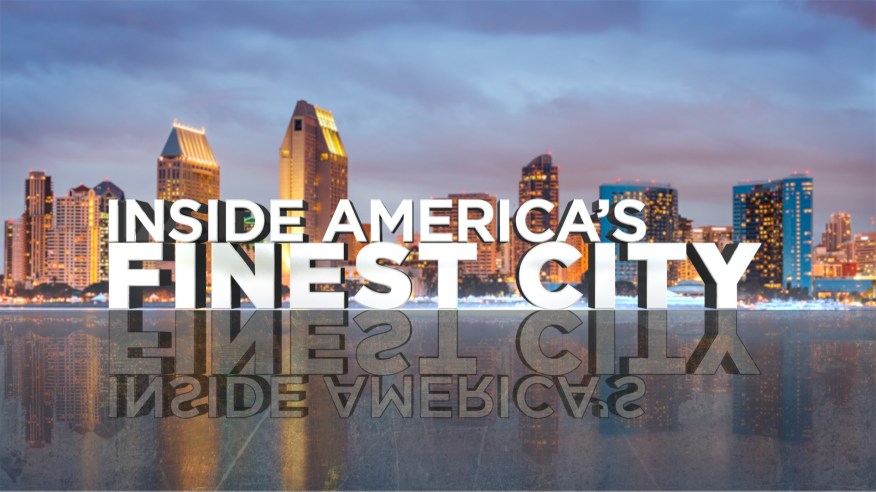 Green Comet To Appear In The Sky

3 San Diego restaurants among the nation’s ‘most …

Cats and cocktails come together at this North Park …

Cats and cocktails come together at this North Park …

California woman is oldest living person in the U.S.