SAN DIEGO – More than half a million people visited San Diego city beaches over the weekend and on the Fourth of July, while city lifeguards were involved in nearly 550 rescues and medical aid operations during those three days, officials announced Wednesday.

“The majority of the rescue activity occurred in Pacific and Windansea beaches,” Munoz said. 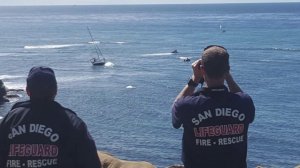 Lifeguards also reported more than 8,800 preventative acts during the three days, including giving advice to beachgoers about hazardous swimming conditions, educating visitors about laws on the beach and issuing citations.

“Overall it was a fantastic holiday weekend thanks to firefighters, lifeguards, ( the police department) and special event traffic controllers,” Munoz said.

PORTLAND, Ore. (KOIN) – An auto expert in Oregon is sharing advice on how car owners can battle a wave of catalytic converter thefts that have been driving motorists crazy.

Heather Ogawa, an automotive advisor with Affordable Tire in Portland, said she started noticing an uptick in the stolen car parts just as the pandemic began, in the early spring of 2020.