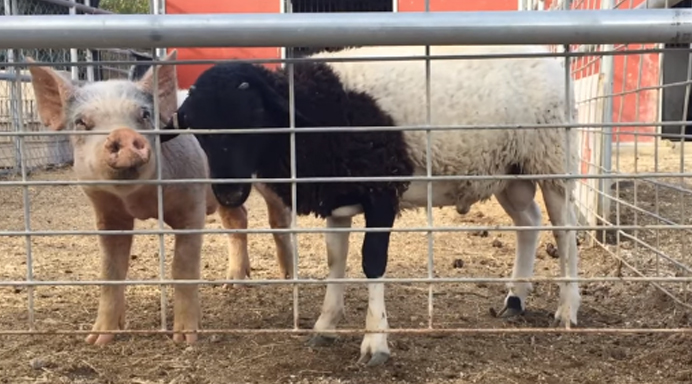 RIVERSIDE, Calif. – An unlikely pair of pasture pals discovered roaming last week in Jurupa Valley are poised for a happy ending after they were jointly adopted Saturday by a local nonprofit, animal control said.

The companions —a 1-year-old pig and 2-year-old sheep — were picked up by Riverside County officials on Oct. 24 after a woman spotted them together on her property, according to John Welsh from the county’s Department of Animal Services.

Welsh described the barn buddies as inseparable and said they were often found snuggling and cuddling in their pen. The pair was so cute animal services posted a video of their antics to YouTube on Oct. 26.

A representative from Acton-based rescue organization Farm Sanctuary adopted the animals Saturday. The nonprofit runs two sanctuaries in California and one in New York state where the public can visit rescued livestock; it is unclear at this point which location the companions will end up at.

‘No higher priority’: Carlsbad police give update on search for killer