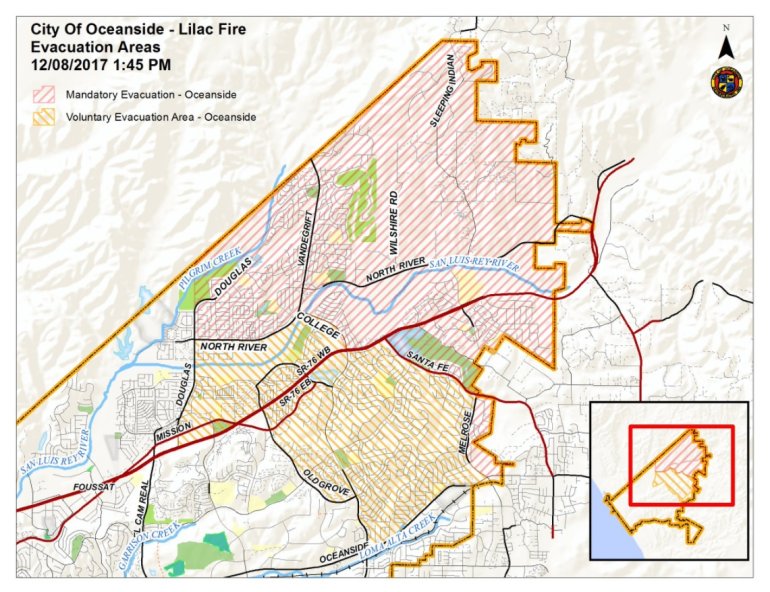 OCEANSIDE, Calif. — The city of Oceanside Thursday evening issued a map of areas that are under mandatory evacuation orders.

Residents living in the areas marked in red are urged to evacuate immediately because of the Lilac Fire.

Cal Fire announced that the mandatory evacuations in Oceanside will not be lifted Friday and will be reassessed Saturday morning due to continuing red flag wind conditions and smoldering fire areas.

#Oceanside residents in the RED zone continue to be in mandatory #evacuations. CalFire announced it will NOT be lifted tonight and will be reassessed Saturday morning due to red flag winds and smoldering embers. https://t.co/2LCwcooeYf pic.twitter.com/PwbDfcHf6Z