SAN DIEGO — Most of the state of California is out of the drought as a result of recent rain, according to the U.S. Drought Monitor‘s most recent report.

The condition is the best the Golden State has been in since 2011.

The average water content of the Sierra Nevada snowpack as of Feb. 26 was 36 inches, which is 150 percent of average for the date, according to the drought monitor. 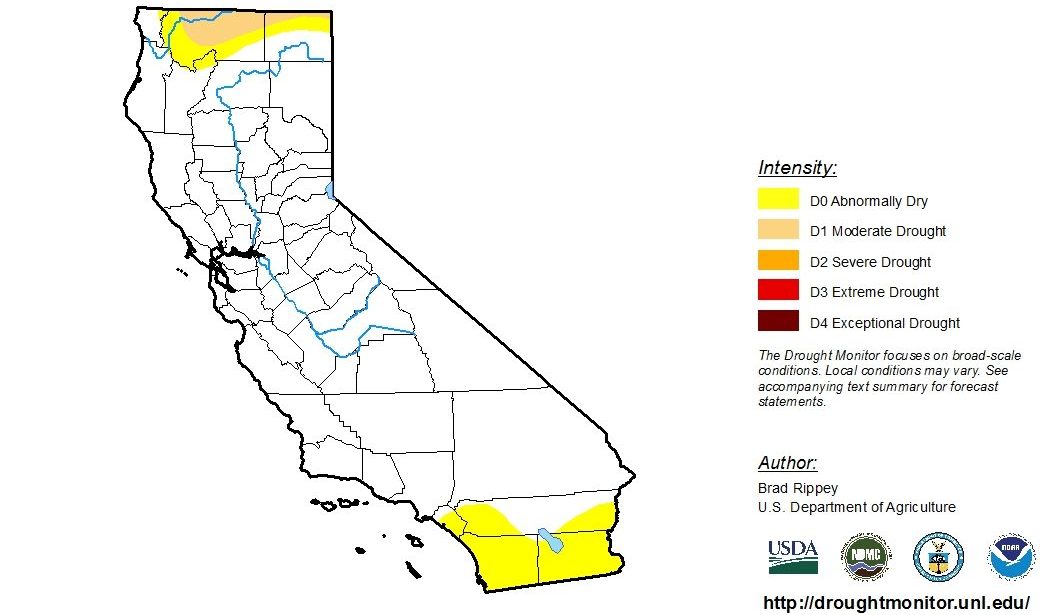