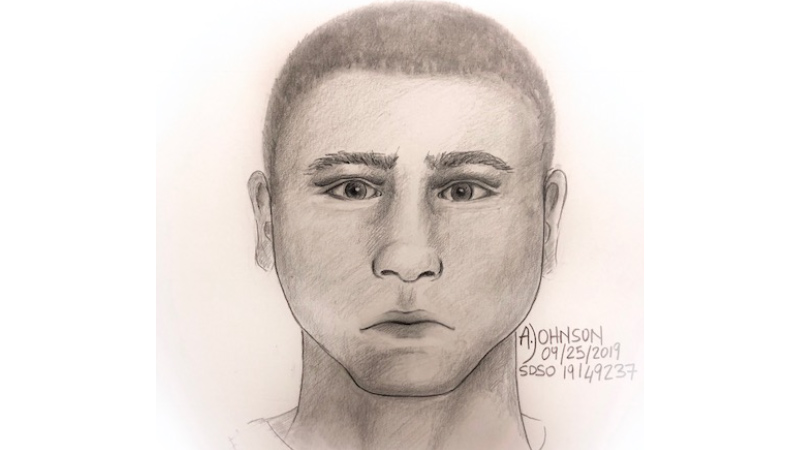 VISTA, Calif. — San Diego County Deputies with the Vista Sheriff’s Station are asking for the public’s help in identifying and locating two unknown men wanted for assault with a deadly weapon and attempted carjacking.

On September 22, 2019 at about 7:55 p.m., the victims were parking their car in their garage at their home located on Palomar Place in the City of Vista. While one of the victims was outside of the car moving a trash can, a white Ford work truck stopped behind their vehicle.

The passenger of the truck got out and approached the victims’ vehicle, opened the driver’s side door, pointed a knife at the second victim who was still inside the vehicle and demanded that she get out of the car. During the confrontation, the victim’s neighbor saw what was happening and engaged the suspect in a physical confrontation. The suspect stabbed the neighbor in the abdomen.

The driver of the Ford truck got out and helped the suspect get away and they fled the scene. The neighbor who was stabbed has recovered from his injuries.

The first man is described as a White adult male with a medium build, about 5′ 10″ tall with a buzzed cut and brown hair.

The second man and the driver of the vehicle is described as a Hispanic adult male with a stocky build, about 5′ 10″ tall with a shaved head.

The car they were driving is a white newer model Ford F-series truck with a white rack and two utility diamond-cut boxes on the sides of the truck bed. The license plate number reads 7K11882.

Anyone with information on the identity or location of the suspects is asked to call Sheriff’s Detective Lucia Rodriguez at (760) 940-4551 or the Crime Stoppers anonymous tip line at (888) 580-8477.