SAN DIEGO – A coyote whose neck was trapped in a plastic tube was rescued in North County, wildlife officials said Wednesday.

The female coyote was taken to the Humane Society of the United States wildlife care center in Ramona overnight where they were able to remove the tube. She was in recovery, but her condition was not released. 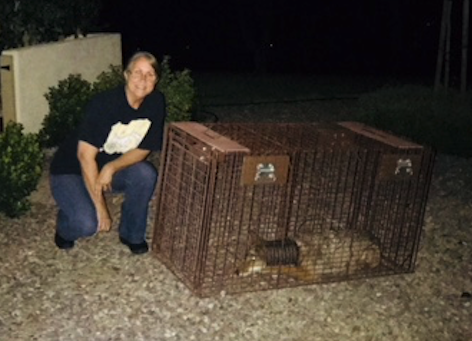 Katie Ryan, who lives in Rancho Bernardo near the border of Poway, alerted wildlife officials of the female coyote.

Ryan has been watching a pack of coyotes who live in the green belt behind her home for years. In mid-April, she saw that a female coyote in the pack had a length of landscaper’s tube stuck around its neck. After a month, she says the animal can still move OK, but “you can tell she’s in a lot of discomfort because of the way she’s shaking her neck a lot.”

Ryan told FOX 5 on Monday that she had reached out to Fund For Animal Wildlife Center in Ramona for help. Within days of her interview, the coyote was captured and in recovery.

A GoFundMe account has been set up to help with medical expenses at the facility.

New CA abortion laws set up clash with other states