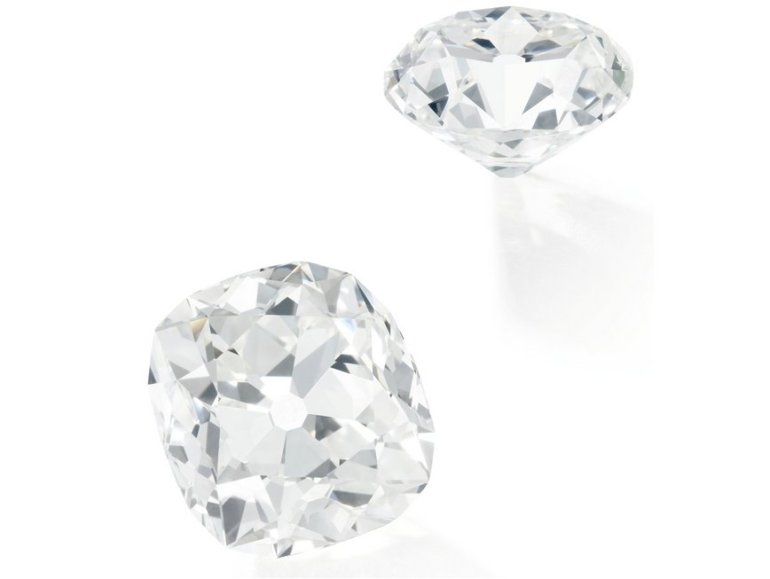 The 26-carat ring was first purchased in the 1980s by an anonymous seller, who bought the jewel at a car boot sale, under the assumption that it was a piece of costume jewelry.

The startling realization of the ring’s true value came decades later, when the wearer chose to have the ring appraised by a local jeweler. The ring was later identified as a cushion-shaped diamond set in a 19th century mount.

A diamond in the rough

According to Jessica Wyndham, head of Sotheby’s jewelry department, the ring’s true value is particularly surprising because the mount and cut are unrecognizable to the modern day wearer.

“When we think of diamonds, we think of modern cuts, of brilliance,” she told CNN in May, noting that the diamond was cut in a particularly old-fashioned style and the ring mount had darkened over time.

“This wouldn’t have looked like that. The silver had tarnished and there was probably some dirt. These diamonds were made for candlelight, not our white artificial light, so it was all about trying to bring out its fire.”

Mysterious origins and future worth

Although Sotheby’s did not name the identity of the buyer, the auction house did reveal that the ring was purchased as international trade within the industry, and not by a private collector.

Tobias Kormind, diamond expert and managing director of 77 Diamonds, predicts the ring’s £656,750 ($847,667) final selling price is only a fraction of what it may one day be worth.

“The new owner is likely to re-cut it into a modern diamond that will emit even more sparkle and potentially be worth a multiple of today’s price,” he said in a press release.

“I’m convinced the £10 ($13) ring was once owned by royalty or a person of great wealth, because it originates from the 1800s — before the discovery of modern diamond mines and a time when very few diamonds were available.”

Although rare, similar cases of grossly undervalued items found at the likes of flea markets and garage sales, have occurred in the past.

In March 2013, a ceramic bowl purchased for $3 at a yard sale sold for a whopping $2.2 million at an auction in New York. In March 2014, a golden egg purchased as scrap metal was later discovered to be a $33 million Faberge egg previously owned by Tsar Alexander III.

Costco plans to bring back free samples next month

Costco announced Thursday that it will bring back free samples beginning in mid-June.

During a company earnings call on Thursday, Costco revealed that a modified sample program will be returning for members.

SAN DIEGO (CNS) - The average price of a gallon of regular gas in San Diego County rose Friday for the 18th consecutive day, increasing eight-tenths of a cent to $2.917.

The average price has risen 11 cents over the past 18 days, including a half-cent on Thursday, according to figures released by the AAA and Oil Price Information Service.