SAN DIEGO — Officials were investigating a wave of bomb threats made across the country Thursday, including dozens in the greater San Diego area, none of which were deemed credible.

As local law enforcement worked to investigate each threat, officials in some parts of the nation were ordering evacuations for threatened buildings, while others were already declaring the emails a widespread hoax.

The FBI and the Bureau of Alcohol, Tobacco, Firearms and Explosives said they were aware of the threats and were working with law enforcement to provide assistance. “As always, we encourage the public to remain vigilant and to promptly report suspicious activities which could represent a threat to public safety,” the FBI said.

The San Diego County Sheriff’s Department told FOX 5 they had investigated at least 16 emailed bomb threats in their jurisdiction, but none of them had produced any credible threat. The majority of the emails were sent to businesses, but some were sent to residential locations. 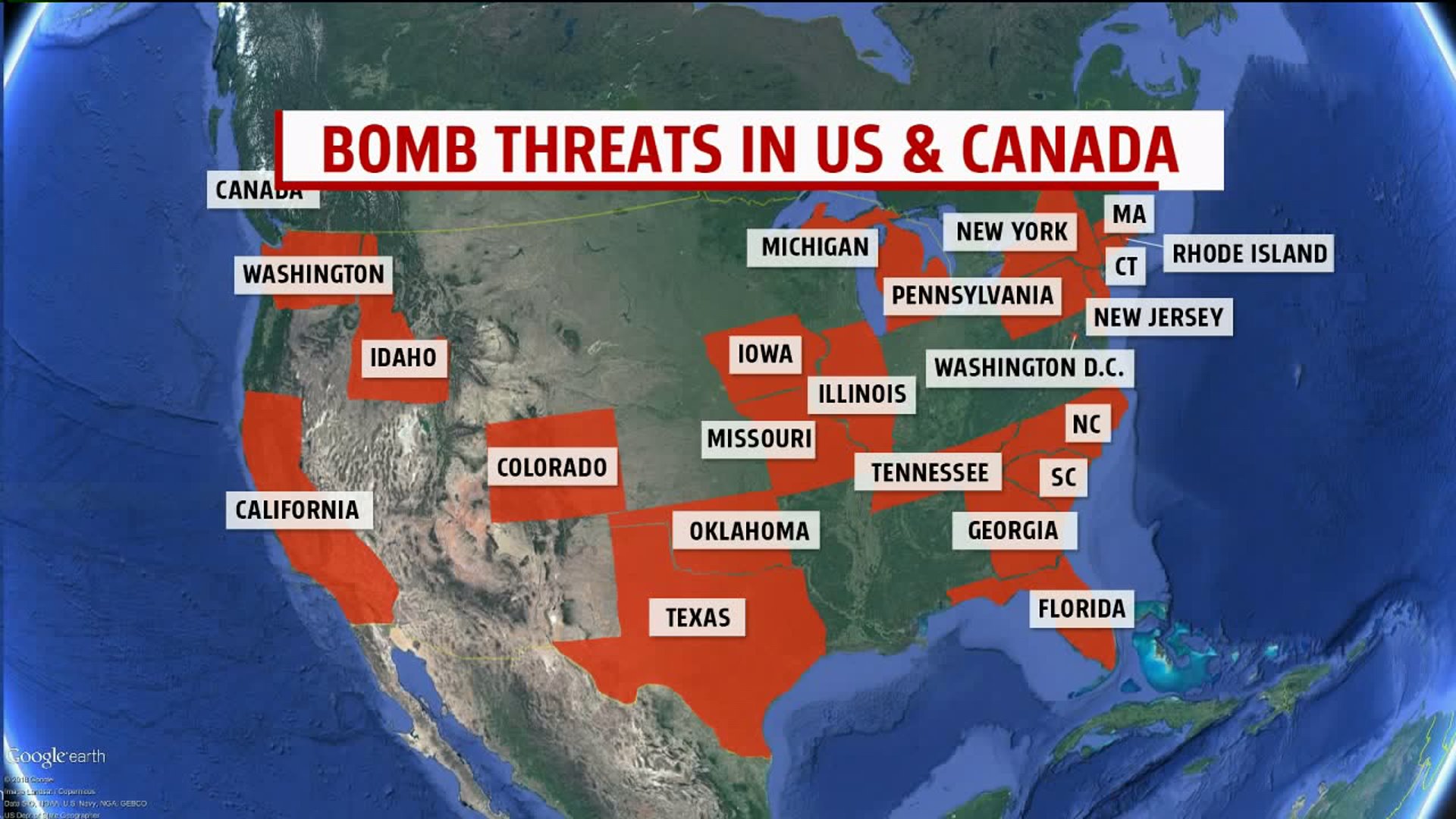 San Diego police fielded calls about 35 threats made to locations in the city, none of which were deemed credible.

Building managers told police they received email threats that there were explosive devices planted in their buildings, the San Diego Union-Tribune reported. The emails warned that if the people making the threats didn’t receive money within a certain amount of time they would detonate the devices.

Officials at UCSD said that a bomb threat was emailed to their campus. Officials said they were not cancelling classes, but they had contacted the San Diego office of the FBI and were cooperating with the FBI investigation.

“We are treating every call like a bomb threat,” Menzies said. “Once (businesses) are receiving the email, they are basically calling 911 to report it and we are responding as we can.”

The cases in San Diego came amid a flood of media and law enforcement reports confirming similar threats across the country. Law enforcement agencies, businesses, courthouses, universities and news outlets received threats throughout the morning.

Los Angeles and San Francisco were among the major California cities responding to the menacing emails. About 20 states were affected nationwide, and email threats were also received in Vancouver, Ottawa and Toronto, Canada.