Jorge Becerra allegedly grabbed the bat and struck both women in the head during a brawl involving several other people in front of the On the Rocks Bar at 656 E St. on Oct. 15, according to Chula Vista police. A warrant has been issued for his arrest. 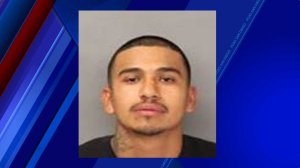 One victim sustained a laceration to the back of her head that required stitches. The other suffered “debilitating injuries” including fractures to her skull and orbital bone and needed rehabilitation, police said.

Becerra is Hispanic, 5 feet 9 and about 200 pounds, with black hair, brown eyes and tattoos on his neck and forearm. Police said he has gang ties and is considered dangerous.