SAN JOSE — The iPad mini, the long-rumored smaller tablet from Apple, has made its debut.

Apple launched the 7.9-inch tablet computer at an invitation-only media event Tuesday morning, telling a crowd of reporters that the device is as thin as a pencil and weighs .68 pounds. Price for the iPad mini starts at $329. The iPad mini will be available for pre-order on Friday. The Wi-Fi version will go on sale Nov. 2 while cellular versions of the device will arrive two weeks later.

The Wi-Fi model starts at $329 for 16 GB of storage while its cellular counterpart begins at $459.

Rumors have swirled for months that Apple was designing a competitor to Amazon.com’s Kindle Fire HD and the Google Nexus 7, smaller and cheaper devices that appeal to on-the-go consumers who don’t want to shell out for the pricey iPad.

Apple executives announced at Tuesday’s event that it has sold more than 100 million iPads since the product’s debut in April 2010.

Now, despite resistance from late Apple co-founder Steve Jobs, who reportedly said consumers would have to “sand down their fingers” to properly use a smaller tablet, Apple is looking to expand its share in a growing, highly competitive tablet market.

The timing of the launch, just ahead of the all-important holiday season, is a smart move, analysts said. Many have already predicted strong demand from consumers for the smaller iPad. 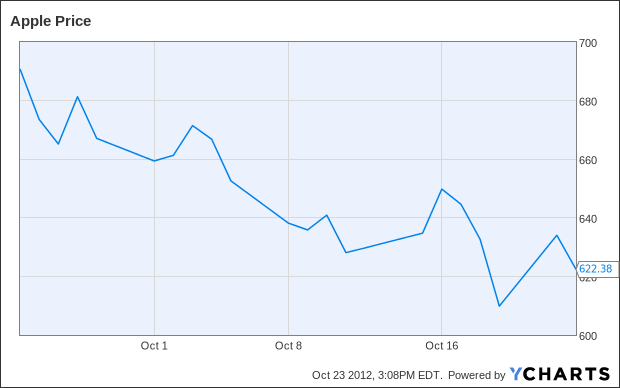