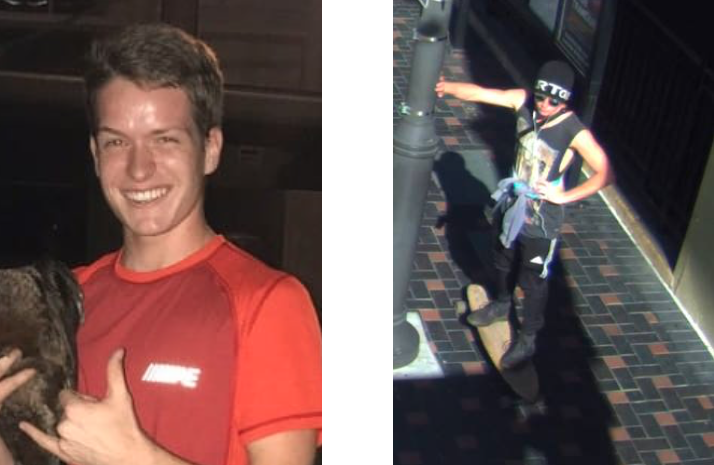 Roberts was described as white, 5’7″ and 143 pounds. He has dirty blonde hair, is clean shaven and often wore a black-and-white beanie and traveled on his skateboard. Police say Roberts identified himself as “Seth” to young females, whom he told he was from out-of-state. He then sexually assaulted them with a weapon, police said.

A charismatic and fiery preacher, Lowery led the SCLC for two decades — restoring the organization’s financial stability and pressuring businesses not to trade with South Africa’s apartheid-era regime — before retiring in 1997.

SAN DIEGO -- The number of San Diego County residents who have tested positive for coronavirus rose from 341 on Thursday to 417 on Friday, county health officials said.

OCEANSIDE, Calif. (CNS) -- Oceanside City Councilman Christopher Rodriguez announced Friday he would give up the salary he earns in his council post to help local residents and businesses as they deal with the impact of COVID-19.

"In this time of great need and uncertainty for Oceanside residents, I have decided to forfeit my salary as an Oceanside city councilman and ask that the amount be directed to the programs the city is launching to help the businesses and residents affected by the current shutdown," he said in a statement. "Cooperation and solidarity are demanded of us in this time of great crisis."