LA JOLLA, Calif — A person was killed and at least four other people were injured when gunfire rang out at a party in La Jolla Sunday morning, San Diego police confirmed.

The deadly shooting happened near a Jack In The Box west of 7500 Draper Avenue around 12:30 a.m., police said.

According to Lt. Anthony Dupree of the San Diego Police Department Homicide Unit, a light colored sedan drove down an alleyway off of Cuvier Street and fired shots at patrons from the party, shooting a 20-year-old woman who was transported by medics, but pronounced dead at a hospital.

Dupree said two teens, ages 19, arrived at different hospitals suffering non-life-threatening gunshot wounds, primarily in their upper body. A 23-year-old was also injured and was in ‘stable but serious condition’, he said.

A person responsible for the shooting was not in custody, Dupree said. 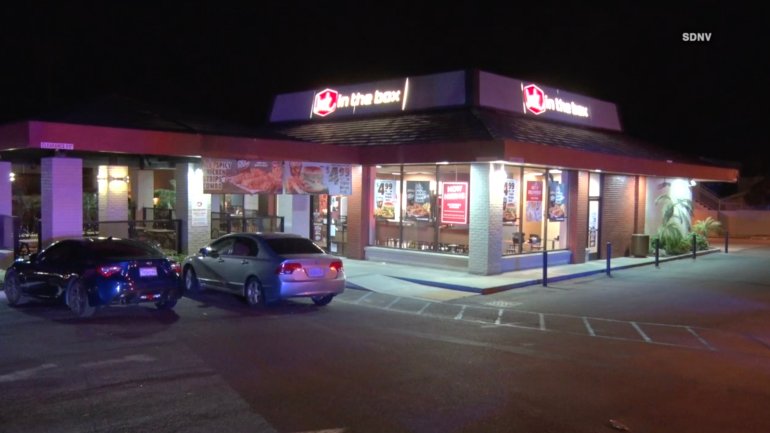 The cause of the shooting was under investigation.

NATIONAL CITY, Calif. - Plans for a new intergenerational neighborhood community with affordable housing units for families and a health center are moving ahead in National City.

City Council Tuesday approved a development agreement for the Kimball Highland Master Plan. It is a roughly $123 million project borne out of years of discussions by city leaders to bolster new and renovated affordable housing options as well as for-sale senior housing, a city staff report shows.

POWAY, Calif. - Relaxed rules on outdoor dining are here to stay in Poway after a unanimous city council vote Tuesday.

Council approved extending its relaxed policy on outdoor dining with Mayor Steve Vaus directing staff to amend the local municipal code to allow it to continue after the coronavirus pandemic ends. The body also will allow restaurants to keep city-owned picnic tables for at least another year.

ANAHEIM (CNS) - State health officials released long-awaited guidance for the reopening of theme parks amid the coronavirus pandemic Tuesday, but the restrictions will likely translate to several more months of closures at major attractions such as Disneyland and Universal Studios Hollywood.

Under the guidelines, major theme parks will only be permitted to reopen in counties that have reached the least-restrictive "yellow" tier of the state's four-tier COVID-19 economic-reopening roadmap.

Walmart predicts a change in ‘center of plate’ Thanksgiving preparations

Teen run over by Jeep he is accused of stealing

Early voting: Where you can vote in San Diego County