The pop music legend filed a lawsuit against Sony/ATV Music Publishing on Wednesday in an attempt to regain the rights to a long list of Beatles hits that he either wrote or co-wrote with John Lennon.

Songs such as “Yesterday,” “I Want to Hold Your Hand” and a slew of other Beatles hits are subject to the suit, according to court documents.

McCartney is arguing that the 1976 Copyright Act should allow him to start reclaiming ownership of the songs from Sony/ATV next year. Sony declined to comment on the matter.

The lawsuit is the latest move in McCartney’s decades-long pursuit of the rights.

Sony and entertainer Michael Jackson formed Sony/ATV in 1995, a decade after the King of Pop paid $41.5 million to acquire the ATV catalog, which included many Beatles songs. Jackson outbid McCartney to clinch the deal. 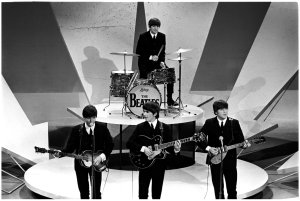 McCartney began sending Sony/ATV “termination notices to reclaim his copyright interests in his musical compositions” in October 2008, his lawyers say in the complaint.

His notices should start taking effect on Oct. 5, 2018, beginning with the rights to “Love Me Do,” according to the court documents.

McCartney is asking the court to declare his terminating rights are not a breach of publishing agreements.

His lawyers are concerned about a decision by a U.K. court last year involving the pop group Duran Duran. The court found in favor of a Sony/ATV subsidiary that sued Duran Duran members for breach of contract when they tried to reclaim rights to their songs.

LOS ANGELES (AP) — In a wide-ranging interview aired Sunday, Harry and Meghan described painful discussions about the color of their son’s skin, losing royal protection and the intense pressures that led the Duchess of Sussex to contemplate suicide.

The interview with Oprah Winfrey was the couple’s first since they stepped down from royal duties and the two-hour special included numerous revelations.

NEW YORK (AP) — Taylor Swift, BTS, Cardi B and Billie Eilish are set to perform at next week’s Grammy Awards.

The Recording Academy announced Sunday that Harry Styles, Bad Bunny, Post Malone, Megan Thee Stallion and Dua Lipa will also hit the stage at the March 14 event. The show will air live from the Staples Center in Los Angeles on CBS and Paramount+.

LOS ANGELES (AP) — The time has finally come for audiences to hear Meghan and Harry describe the backstory and effects of their tumultuous split from royal life.

Sunday night’s airing of a two-hour special hosted by Oprah Winfrey will provide the first, and unprecedented, peek into the couple’s departure from royal duties and the strains it has placed on them.