LOS ANGELES — He’s still not James Bond, but for now this honor will do.

He is the 33rd man to hold the title and appears this week on the magazine’s cover.

Elba told the publication, “I was like, ‘Come on, no way. Really?’ ” when he first learned he had been selected.

“Looked in the mirror, I checked myself out. I was like, ‘Yeah, you are kind of sexy today,’ ” the “Thor” star joked. “But to be honest, it was just a nice feeling. It was a nice surprise — an ego boost for sure.” 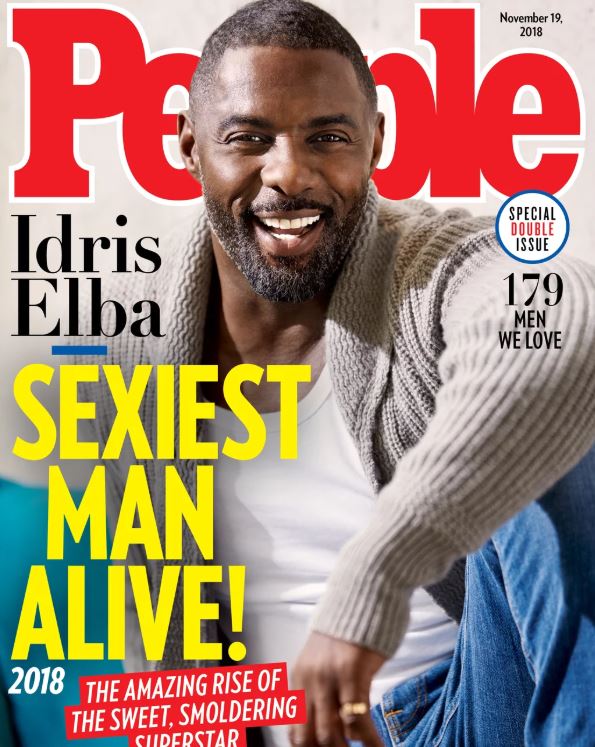 Elba first became famous in the States for his portrayal of drug kingpin Russell “Stringer” Bell on HBO’s hit series “The Wire” (HBO is owned by CNN’s parent company) and since then has branched out to the big screen.

His early days were far from sexy, Elba said, growing up “tall and skinny” at an all-boys school in London, where he played football, basketball, cricket, hockey and rugby.

Now considered one of Hollywood’s sex symbols, Elba said he definitely had an awkward stage as a youth.

“And my name was Idrissa Akuna Elba, OK?,” he said. “I got picked on a little bit. But as soon as I could grow a mustache, I was the coolest kid on the block. Grew a mustache, had some muscles, bonkers.”

ANAHEIM, Calif. (CNN) -- The self-described "happiest place on Earth" is getting increasingly happier for animals, and for those who are increasingly removing those animals from their diet.

After a big push last fall, the resort development division of WaltDisney World in Florida has identified more than 400 new and proven "plant-based" options on the menus of all its food locations, including park restaurants, food carts and hotel properties. That's 580 locations in Disney World alone. And a similar effort is underway at the Disneyland park and resort in Anaheim, California.

Hopper to return in ‘Stranger Things 4’

LOS ANGELES (CNN) -- We can't spoil something Netflix already spoiled, can we?

LOS ANGELES -- Jennifer Hudson will perform a special tribute at Sunday's NBA All-Star Game to Kobe Bryant, his daughter Gianna and seven others killed in a helicopter crash last month.

The National Basketball Association announced Thursday that the Grammy Award-winning singer and Academy Award-winning actress will open the night ahead of player introductions with the tribute.

Presidential candidates in the March 3 primary