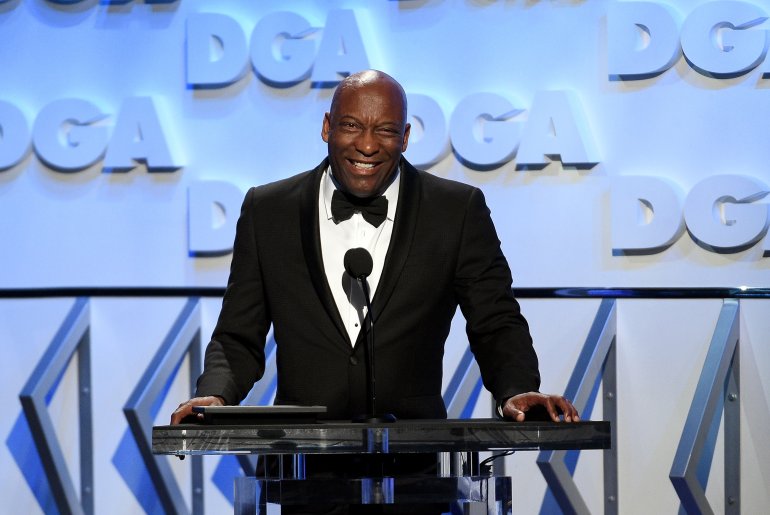 LOS ANGELES– Director John Singleton is in the intensive care unit of a hospital after suffering a stroke earlier this week, his family said Saturday.

“On Wednesday, April 17th our beloved son/father, John Singleton, suffered a stroke while at the hospital. John is currently in the ICU and under great medical care. We ask that privacy be given to him and our family at this time and appreciate all of the prayers that have been pouring in from his fans, friends and colleagues.”

Variety reported that Singleton checked himself into the hospital earlier this week after experiencing pain in his leg.

The 51-year-old Singleton was nominated for two Academy Awards for writing and directing 1991’s “Boyz N’ the Hood.” His other films include “Poetic Justice,” “Higher Learning,” “Shaft” and “2 Fast 2 Furious.”

He is also the creator and executive producer of the FX drama series “Snowfall.”

LOS ANGELES (AP) — A member of a team searching a Southern California lake for a missing TV star said Sunday that he's confident his crew is getting a clearer idea of where in the lake to find her, a magazine reported.

Robert Inglis of the Ventura County Sheriff’s Office Search & Rescue Team told Us Weekly that actress Naya Rivera sent to a family member a picture of her 4-year-old son, Josey, in front of a cove before she disappeared July 8 after diving into Lake Piru.

Travolta said in an Instagram post that his wife of 28 years died after a two-year battle with breast cancer.

(CNN) -- Elvis Presley's grandson Benjamin Keough has died, a representative for his mother, Lisa Marie Presley, said. He was 27.