LOS ANGELES –  “Black Panther” is still two weeks away from hitting theaters but advanced ticket sales on Fandango is already outpacing all other superhero films.

Following a star-studded world premiere on Monday in Los Angeles, ticket sales for the Marvel Studios production, which stars Chadwick Boseman and Lupita Nyong’o, has also eclipsed every other movie that currently has tickets for sale on Fandango.

The impressive pace of ticket sales is a measurement of enthusiasm for a highly-anticipated film that was years in the making. Whether “Black Panther” will break more records on opening day and in the weeks following remains to be seen. The movie opens on February 16. 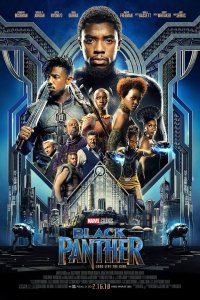 Of the top ten biggest opening weekends of all time, five are superhero films. At the top is 2012’s “The Avengers” at $207 million, making it the fourth biggest opening of all time behind the last two “Star Wars” films and “Jurassic World.”

A survey of more than 1,000 “Black Panther” online ticket-buyers, the ticket seller found that 97% are looking forward to “a different kind of superhero movie.”

“This is more than a movie,” Dergarabedian said. “It’s a cultural event that is a milestone on so many levels and as such will generate one of the biggest February debuts of all-time.”