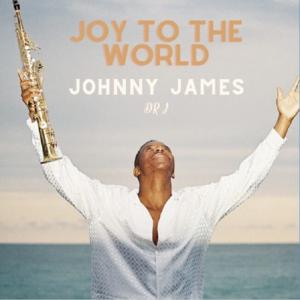 "Joy To The World" by Johnny James Dr. J, available on iTunes and other music streaming platforms 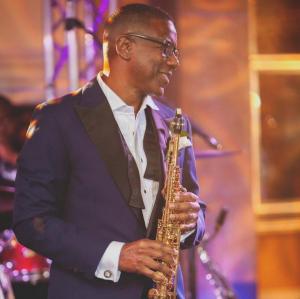 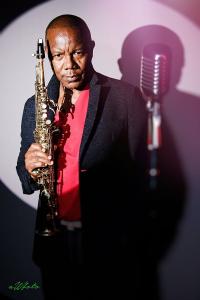 Superstar Smooth Jazz Saxophonist Johnny James Dr J rocks the planet with his amazing recordings, and he now adds his musical brilliance to the holiday season!

Dr. J's music is the gold standard in the Smooth Jazz idiom; a benchmark for this genre in the industry. Dr. J's "Joy To The World" doesn't disappoint. It's destined to be the next holiday standard”
— Musgrove Music Distribution
NEW YORK, NEW YORK, UNITED STATES, November 25, 2022 /EINPresswire.com/ -- Johnny James, a.k.a. “Dr J”, is one of the hardest working men in the music industry. He’s traveled around the world bringing audiences to their feet with his amazing artistry, and he’s enjoyed industry success with number one charted songs and hundreds of thousands of digital streams across multiple platforms. Now he’s back with another smash hit with his holiday single, “Joy To The World,” which is already showing attributes of being the next holiday standard. Click “JOYFUL” now to get your copy of this icy-hot track that’s moving up the charts at breakneck speed!

A recent buzz phrase that has been making the rounds is, “If you know, you know,” which in many ways simply means that well-established and/or oftentimes insider info can’t be denied, refuted, or challenged… it's a standard of knowledge and understanding that has been galvanized in the hearts and minds of those who have experienced something first-hand. For the countless thousands who have been fortunate enough to have experienced the lush, melodic (and oftentimes “funky”) musical stylings of saxophonist Johnny James “Dr J,” any one of them will quickly let you know that his music is the gold standard of all things Smooth Jazz, and a benchmark for this genre. His version of “Joy To The World” doesn't disappoint, and it is destined to be the next big holiday classic.

We routinely look forward to the holiday season, which is robust with bright lights, colorful decorations, gift giving, culinary delights, and of course holiday cheer. An unmistakable and absolutely irreplaceable component of this time of year is the amazing music…that is guaranteed to be piped through every media outlet…from before Thanksgiving, on through to New Year’s Day. We’ve been acclimated to the sound of Jazz music being associated with the season. As children, we heard the distinctive musings of the Vince Guaraldi Trio, who provided the musical backdrop for the cartoon, “A Charlie Brown Christmas.” “The Christmas Song” was seamlessly delivered by musical icon Nat King Cole. “Greensleeves” (“What Child Is This”) by John Coltrane inspired and awestruck countless fans for over half a century. And countless songs and carols have carved a permanent niche into things we associate with this joyful time of year.

This artist literally walks into the holidays' musical arena, armed with nothing more than a saxophone and a smile, and then promptly brings the house down with one of the SMOOTHEST versions of Silent Night that has ever been delivered. The song begins with a beat that’s both hard hitting and the epitome of “chill,” which brings this centuries-old English carol to a place of modern relevance in today’s cutting-edge music scene. The overdubbed sax trio in the back are reminiscent of background singers from the Motown era, and fattens the mix wonderfully. The bassline, synths, and brass riffs are complementary to Dr. J’s fluid melodies, tasteful inflections, and spot-on variations of the main theme. The nuances of this track from front to back are so polished that it comes off like a clear, shiny glass mirror of rhythm and sound. In the immortal words of Hip-Hop artists Digable Planets, Dr. J's music is literally the “rebirth of slick.”

A graduate from Florida A&M University, and an alumnus of their band, “The ‘Incomparable’ Marching 100,” James has always been a product of multiple musical influences, such as Julian “Cannonball” Adderly, Grover Washington, and Maceo Parker (of James’ Brown’s band) just to name a few.

James has enjoyed a fruitful musical career spanning over forty years of phenomenal music-making. After leaving Will To Power in 1989, Dr J fronted his own bands and made a noteworthy name for himself in the industry in the U.S. Additionally, he has traveled all over the planet from the Caribbean to Canada; from South Africa to Singapore; from Miami to Mexico; multiple countries in Europe…and he’s just getting started. The musical artists that he’s worked with over the years are a literal “Who’s Who” in the Smooth Jazz genre. He’s worked with the likes of Paul Brown on several projects, as well as Norman Brown and Greg Phillinganes on his hit single, “Foolish Heart”; he’s also worked with Philippe Saisse, Marc Antoine, and the late great Chuck Loeb. Dr J is already preparing to release and promote an EP in early 2023. We look forward to much more amazing music from this Smooth Jazz phenom.